MISHAWAKA, Ind.—The historic Beiger Mansion has entered its final stages of renovations that the owner hopes will restore the home to its former glory.

The mansion, located at 317 Lincolnway East, was originally constructed in the early 1900's by the Beiger family, who founded the local Ball Band company. Following their deaths, the mansion was given to a home for the elderly, where over 100 women received end-of-life care from the 1930's through the 1950's.

“We have happy spirits so, we always have ghost hunters calling us and wanting to come into the house and my standard reply is that we’ve asked the ghosts and they said no,” current owner Ron Montandon said on Tuesday.

Ron Montandon, a Michiana native, bought the Beiger Mansion in 1989 after the mansion burned to the ground in 1975 in a still unsolved arson case. He set out to restore the mansion and has been doing so ever since.

“Nobody knows for sure what happened but when the fire department got here it was just smoldering. They had chopped out the windows which had got oxygen into the fire, it got to the waiter shaft, went up the waiter shaft, got in the roof and literally took out the entire interior home,” Montandon said. 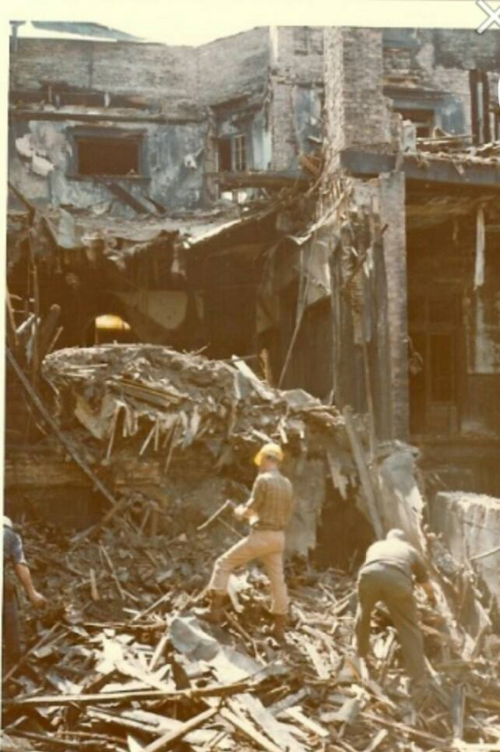 For the last 30 years, Montandon, 65, has worked to restore the mansion to its original state. He is currently working to repair the windows to historical accuracy, repaint the exterior and replace the wood work along the roof.

“An age related, on our front veranda, a collapse in the concrete decking was very disheartening so that project is being undertaken and the final thing on the exterior would be the wood roof line facade,” Montandon said.

The mansion is currently used as an event space and operates as an inn with six guest rooms, which serves as the funding mechanism for the renovations. Montandon says more information about donating to the Beiger Mansion Preservation Trust can be found on their website.

Montandon also plans to repaint the home to a historic color: Van Buren Brown. The gray paint seen on the building on July 9 is a primer.

The mansion currently sits on the National Register of Historic Places.

Take a look at the video below for a peek inside of the mansion.