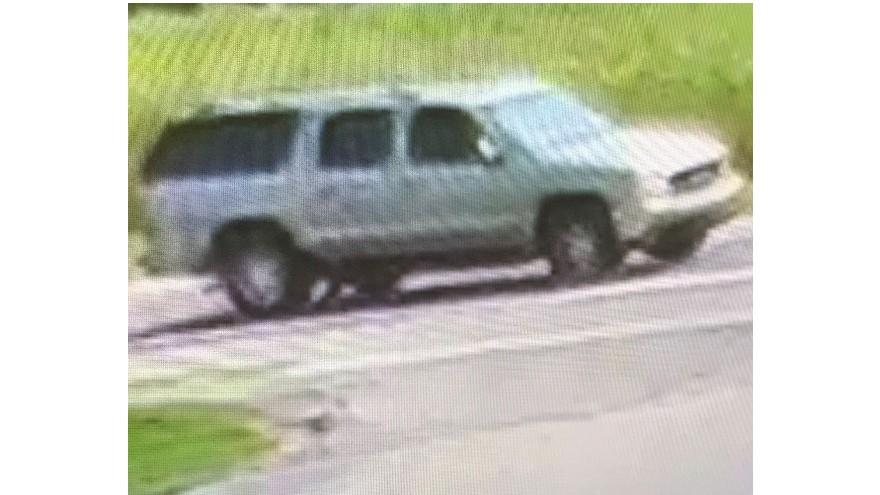 DOWAGIAC, Mich. -- Police were dispatched to a hit and run crash on Spruce Street at approximately 2:43 p.m. on Monday that injured a motorcyclist, officials say.

The motorcyclist was transported to Lee Memorial Hospital in critical condition and then airlifted to Kalamazoo Ascension Borgess Hospital for further treatment.

Police describe the vehicle that left the scene of the crash as an early 2000’s full-Sized Chevy Suburban, tan or gold in color and was last seen travelling west on M-62 from Dowagiac.

The picture for this story was captured on surveillance video and is believed to be the vehicle at question, police say.

Witnesses of the crash described the driver of that vehicle as a white woman with brown hair.