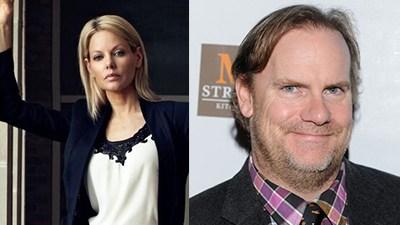 Actors Lisa Varga and Kevin Farley will throw out the first pitch at the July 18 South Bend Cubs game at Four Winds Field.

“Lisa and Kevin are in town for a few weeks to film a new movie called Crowning Jules,” said Joe Hart, President of the South Bend Cubs. “They’ll take the field just before the 7:05 game on Saturday, July 18 to throw out the first pitch.”

“We’re excited to be in South Bend," said Varga. "Kevin and I are both Midwesterners who feel right at home here.  And it's going to be a blast at Four Winds Field. I’m a huge sports fan and can’t wait to be a part of the game.”

Varga is a native of South Bend and is co-producing the film Crowning Jules. She is also an actress, model, and TV host who began her career as a sideline reporter.

Varga’s acting roles include Homeland, Marley & Me and Armed and Deadly. She’s currently the host and producer of Beyond The Offseason with Lisa Varga, a series about athletes and charity.

Farley is an actor, comedian, writer, director. He was born in Madison, Wisc. and currently lives in Los Angeles. He has appeared in multiple films and TV shows including The Waterboy, Black Sheep, An American Carol, That ‘70s Show, Curb Your Enthusiasm, The Neighbors, Just Shoot Me and Hawaii Five-O. He’s the brother of late comedian/actor Chris Farley.

The film Crowning Jules tells the story of teenage twin sisters, one a beauty pageant hopeful and the other a budding academic, who are pursued by dangerous thieves after they unknowingly come into possession of a stolen heirloom while taking a cross-country road trip to try to rekindle their distant relationship. Filming for the movie is taking place now in South Bend and Niles.

Lawn seats for Saturday’s game are still available. Tickets can be purchased online at SouthBendCubs.com or by calling the Box Office at 574-235-9988.