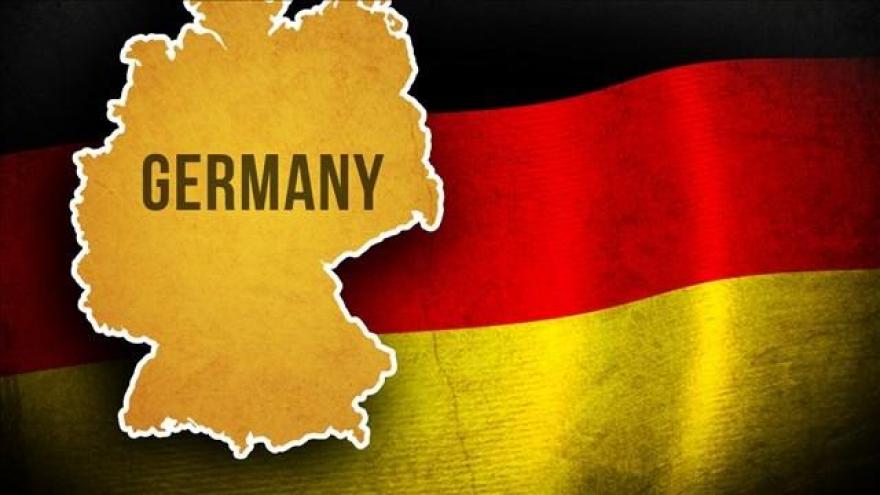 (CNN) -- Political activists built a replica of Berlin's Holocaust Memorial outside the home of a far-right German politician to protest his call for Germany to stop feeling guilty about Nazi atrocities.

The Center for Political Beauty erected 24 large concrete slabs next to the house of Alternative for Germany (AfD) politician Björn Höcke, to serve as a reminder of the six million Jews who were murdered during the Holocaust.

The plan was first conceived in the aftermath of Höcke's controversial Dresden speech in which he said that Germans were the "only people in the world who planted a memorial of shame in the heart of their capital," referring to the 2,711 gray blocks that were first unveiled in Berlin in 2005.

Höcke also said Germany needed to make a "180-degree turn'' when remembering its past and labeled the country's citizens as "brutally defeated people." He later described criticism of his remarks "a malicious and deliberately denigratory interpretation" of them.

"The reaction has been very positive," Cesy Leonard, artistic director at the Center for Political Beauty, told CNN.

"After the AfD got 13% of the vote at the election I think people were waiting for the other side to rise up. With Germany having the history it has, people are quite happy having us put up the memorial."

Read: How the AfD won third place in German election

The rise of the AfD, which became the first far-right party to sit in the Bundestag in almost 60 years after gaining just over 13% of the vote in September's election, was met with disdain by Chancellor Angela Merkel.

Working through the night

But the plan to erect a Holocaust memorial next to Höcke's home in Bornhagen, Thuringia, was already well underway before the AfD's electoral success.

The activists rented a house close to Höcke's home and after erecting tents in the garden, worked through the night to build the memorial in secret.

Leonard says the group is now hoping that a crowdfunding campaign that has so far raised over €80,000, or about $95,000, will help ensure the memorial can remain in place over the next five years.

In response to the erection of the slabs, Höcke posted a video statement from AFD Thuringia spokesman Stefan Moeller on his Facebook page. "These so-called 'artists' are anything but that," Moeller said in the video.

Moeller labeled the building of the memorial "an attack on freedom, the integrity of family and a monstrous invasion of one's life."

Editor's note: A previous version of this story incorrectly converted euros to dollars. The campaign has raised €80,000, or about $95,000.