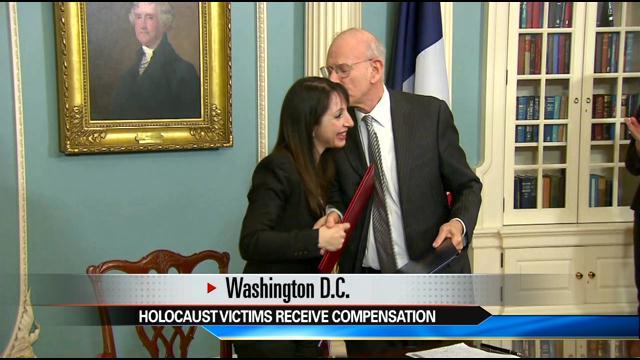 France signed an agreement to give $60 million to some Holocaust survivors.

“The French authorities have agreed that in order to expedite things, the US government will administer and distribute this amount to Israelis, Americans, and other foreigners and their families who have been unable to benefit from the programs,” says Ambassador Stuart Eizenstat, the Secretary of State's Special Adviser on Holocaust Issues.

As part of the agreement, Holocaust survivors taken to concentration camps on the National Railway between 1942 and 1944 are eligible for compensation.