Home and shed catch fire after homeowner was burning leaves 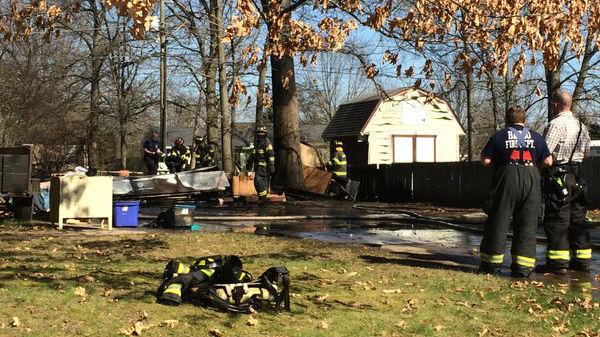 Fire crews responded to the scene of a house and shed fire that happened around 2:30 p.m. Sunday in Elkhart.

The fire happened in the 58000 block of Meadow Lark Drive.

The fire in the home was put out but some flames continued showing in the shed and at some point spread to the garage. The fire also caused heat damage to the outside of the neighboring home and shed next door.

Fire officials say everyone made it out of the home safely including their dog, however a cat is unaccounted for.

According to the homeowner, he was in the yard burning leaves when the shed caught fire. That's when it spread to the garage and the home.

He also says they’ve lived in the home for over 20 years.

Stay with ABC 57 News as we continue to bring the latest details on this fire.