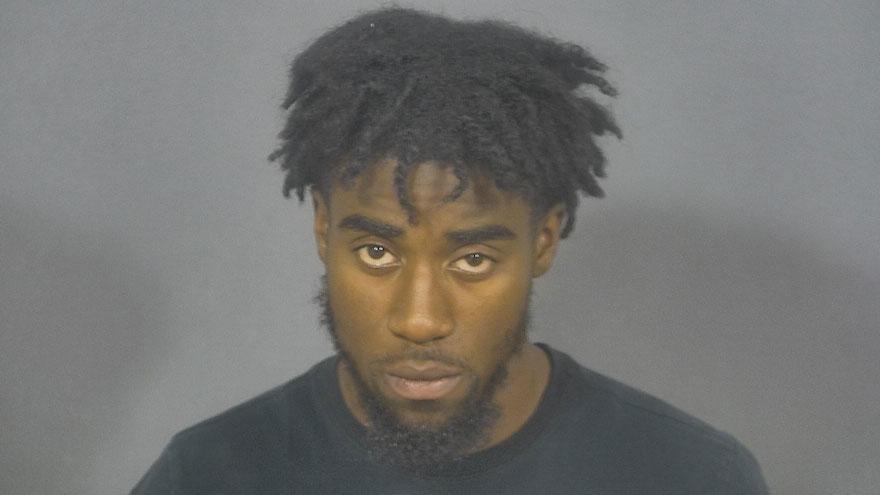 ST. JOSEPH COUNTY, Ind. -- A judge sentenced Jermaine Newsome Jr to 15 years in prison for a home invasion shooting that injured one person at an apartment on Putnam Place on June 29.

Newsome was sentenced to 11 years for burglary resulting in bodily injury, two years for criminal recklessness and two years for battery by means of a deadly weapon. All sentences will run consecutively.

He will receive credit for 147 days in jail.

On June 29, South Bend Police responded to an apartment on Putnam Place to investigate a home invasion.

When police arrived, the victim told police several men came into her home she shared with her boyfriend and fired shots, reports said.

One person inside the apartment was shot and was taken to the hospital for treatment.

The resident told police she was preparing to leave the apartment when a man opened the front door while armed with a handgun, pushed his way inside and fired the gun, according to the probable cause affidavit. He had three men with him, reports said.

The victim told police the door had been closed, but it was unlocked.

There were several juveniles inside the home at the time of the shooting. A bullet passed so close to one of the juveniles, it destroyed a bead on one of her braids, reports said.

During the investigation, police obtained a cell phone one of the suspects left in the apartment.

Through a search warrant, officers determined the user of the device was Jermaine Newsome, according to the probable cause affidavit.

Police showed the victim a photo array and she positively identified Newsome as the person who opened the door, pushed his way inside and fired his handgun in the apartment.

Phone records showed Newsome had spoken with the victim's boyfriend just before the shooting.

The boyfriend confirmed he had sold marijuana to Newsome in the past and that he had spoken with Newsome five minutes before the shooting, according to the probable cause affidavit.