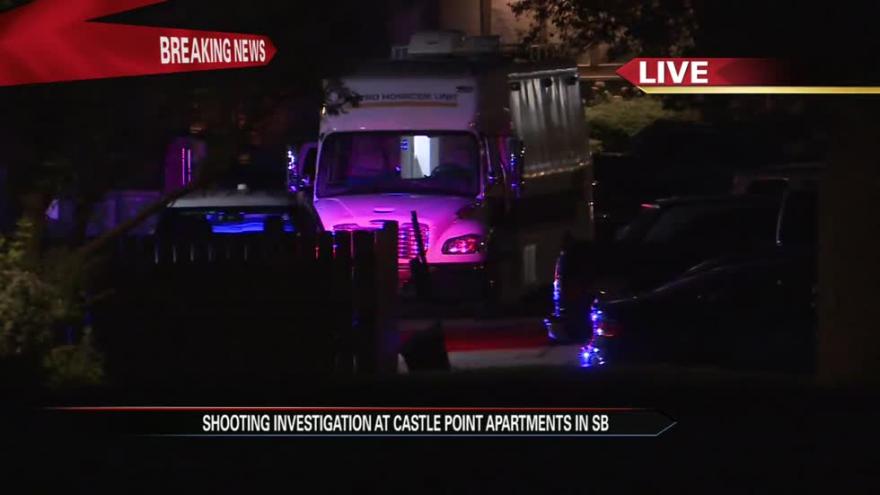 SOUTH BEND, Ind. -- The fatal shooting of Titus Ellington at the Castle Point Apartments in July 2018 was a justifiable homicide and no charges will be filed, according to the St. Joseph County Prosecutor's Office.

On July 27, 2018, St. Joseph County Police were dispatched the apartment complex for a call of a home invasion.

When officers arrived, they found Ellington lying on the apartment floor with a gunshot wound to the abdomen.

He was transported to the hospital and later pronounced deceased.

Officers noted the door to the apartment was splintered and debris from the door was spread throughout.

During the investigation, officers learned the female resident and Ellington had previously been in a relationship.

She told police a short time later, Ellington came over to the apartment and demanded to be let inside. She refused and told him his belonging were in the car.

Fearing for her safety, the woman grabbed her handgun.

Ellington broke the door, came towards her and began hitting her, reports said.

She shot Ellington in self-defense, she told police.

Phone records confirmed Ellington called her just before the shooting.

Homicide is defined as the death of one person at the hands of another. In this case, the victim was acting in self-defense, reports said.

Witnesses, physical evidence, digital evidence, and forensic evidence showed the shooting was brought about by Ellington's actions and his death was a result of those actions, according to the prosecutor's office.

Because the woman is not facing any charges, her identity is not being released.

The investigation into Ellington's death is closed.