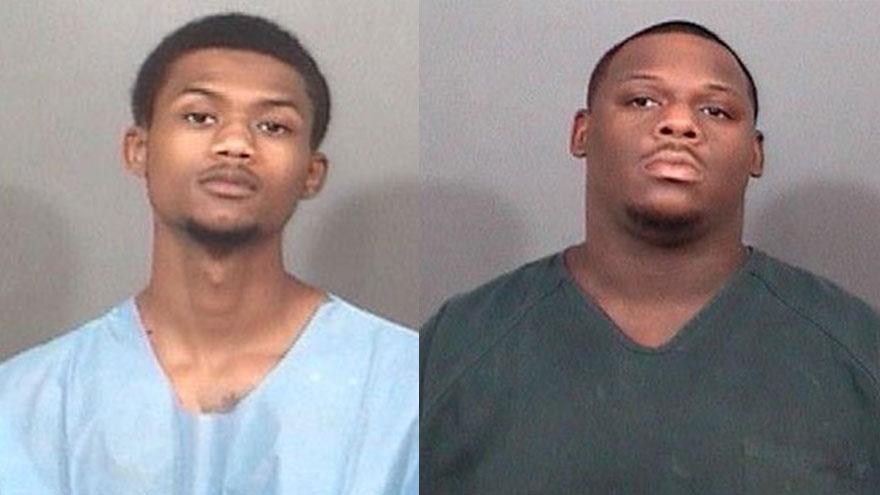 One of the suspects in a home invasion on Illinois Street became a person of interest when his ID card was found outside the home and he showed up at the hospital with a gunshot wound, according to police. A short time later a second suspect's wallet with ID was found at the scene, police said.

South Bend Police were called to a home on Illinois Street on July 23 to investigate a home invasion and shots fired.

The victim told police two men entered through a closed front screen door with their guns drawn and said to, "Give [them] his [expletive deleted]."

After the victim raised his hands and dropped to the ground, several gunshots went off, reports said.

The victim crawled to the kitchen and his girlfriend returned fire.

The victim's girlfriend told police she believed she shot one of the suspects.

During the investigation, officers found an ID card near a white vehicle parked outside the home. The name on the ID was Robert Baker.

A few minutes later Baker showed up at the hospital with a gunshot wound, reports said.

Baker spoke with police after being released from the hospital.

He said he and Delron Patterson went to the home on Illinois with guns to take marijuana from the residents, according to the probable cause affidavit.

During the investigation, the wallet with an ID card belonging to Patterson was found in the rear of the residence, according to reports.

Patterson was arraigned on Monday. Baker will have an initial hearing on August 1.