Home invasion victim takes matters into her own hands 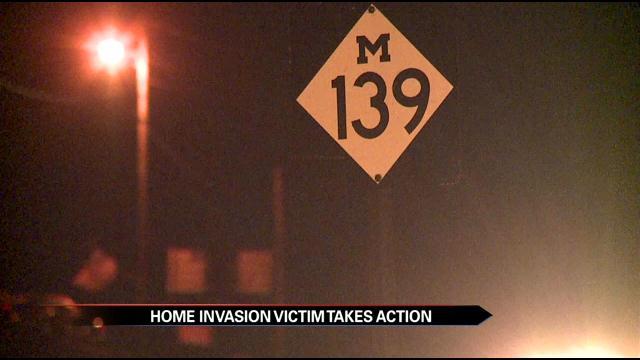 Just when three guys thought they got away with a home invasion early Wednesday morning in Berrien County, the resident living at the home attempted to take matters into her own hands.

The evidence of a break-in is more than apparent at the house in Berrien Springs, the door kicked out of its frame and unable to close.

Boyce said the incident that occurred around 5:15 Wednesday morning was almost unheard of.

“Shortly after 5 A.M. a lady called 911 to report that she was following a vehicle containing three male subjects,” said Lieutenant Boyce.

The 28-year-old woman lives at the house when the three men forced their way inside her home.

“Whoever went back there knew where they were going,” said neighbor John Bennett.

Bennett said that the house is not anywhere near highway M-139.

“You wouldn't just accidentally go look for a house to rob an eighth of a mile down the road down a dirt road,” said Bennett.

That did not stop the woman from jumping in her car and following them down that dirt road onto the main highway.

“It's something we definitely do not encourage our citizens to partake in,” said Boyce.

Those men shot out of their car at the woman.

“I heard gunshots, which is not unusual around here since we live near a gun range,” said Bennett.

Shortly after, the suspects' car crashed near Miners Road and the men ran off.

The K9 did not allow them to get away.

All three were apprehended. Sheriff Deputies say this was not a random act and residents should not be fearful.