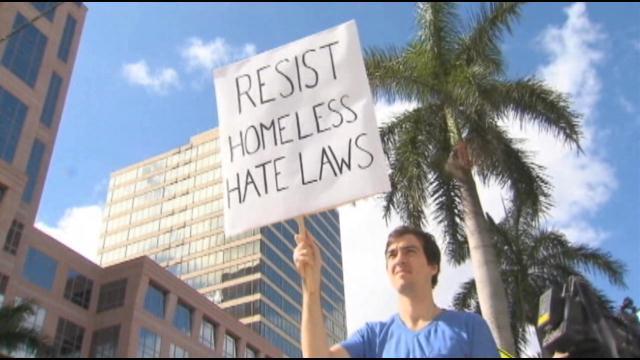 Homeless advocates broke out in protest on Sunday in Fort Lauderdale, Florida, calling for the repeal of a city ordinance that bans the public from feeding those in need.

The protesters took to the steps of the federal court house in downtown Fort Lauderdale to make their voices heard.

Many shop owners have been issued citations for donating food to the homeless and are calling it an injustice.

House to vote on $480B relief package to help small businesses and hospitals, expand COVID-19 testing