Hoosier Hospitality on display at DNC 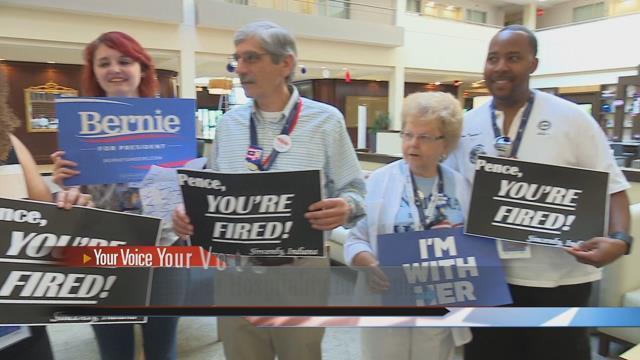 Just because Hoosier leaders are in Philadelphia doesn't mean they left their Indiana spirit behind. What sets Indiana’s delegates at the Democratic National Convention apart?

“I think the Hoosier hospitality. We see a lot of our delegates are going and meeting other delegates,” said Debbie Ladyga-Block, a Clinton delegate from Mishawaka.

“Hoosier common sense. We're not all the way over here on the ideological scale or all the way over here. This is a group that just wants to get things done, that when they look at their kids and grandkids say our goal is to make things better for you,” Senator Donnelly said.

This election is different for Hoosier Democrats because Governor Mike Pence is on the Republican ticket as VP.

“I wish Mike Pence the best but I am certainly supporting Hillary Clinton and Tim Cain whom I serve with in the United State Senate,” Donnelly said.

It was so important to Senator Donnelly, he's attending his first DNC just to cheer on his party.

“I was here to be part of the convention so I could be with the folks from Indiana. And to be at the election with them to talk about how important this election is,” said Donnelly.

Many of the local Democrats are hoping Indiana goes blue this fall. They said we did it for Obama, we can do it again for Clinton.