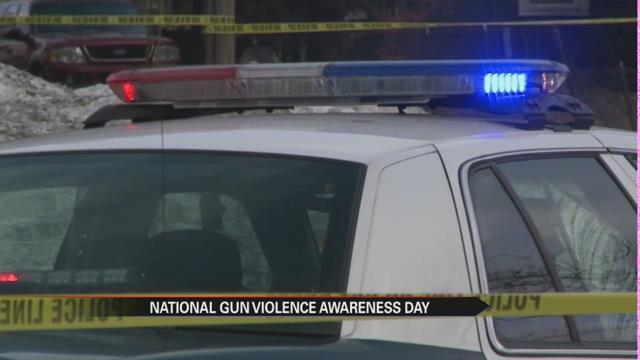 People around the nation are busting out their orange clothing for National Gun Violence Awareness Day. It's the first year for this national movement honoring those who have been killed in shootings.

Just in the state of Indiana alone, 2 people are killed by guns every day according to the Center for American Progress. Now people across the country are trying to put a stop to it.

Tuesday's National Gun Violence Awareness Day stems from the shooting death of Chicago teen Hadiya Pendleton. Tuesday would have been her 18th birthday.

Pendleton was near Hyde Park after performing at President Barack Obama's inauguration when she was shot and killed.

Some of her classmates on the south side of Chicago asked their school to wear orange to honor victims like Hadiya.

The national campaign was organized by Everytown for Gun Safety Action Fund.

More than 120 organizations and 50 mayors nationally are amplifying that call.

One of those groups is the Indiana chapter of Moms Demand Action For Gun Sense in America. The leader of that group says more works need to be done to prevent senseless shooting deaths.

“The most important aspect of this day is that we are raising this issue up so that we're all aware of it and helping people feel that they are taking action on the issue,” said Stephanie Mannon Grabow, leader of the Indiana chapter of Moms Demand Action for Gun Sense in America.

According to movement leaders, the color orange symbolizes the value of human life, kind of like hunters who wear orange to alert others of their presence.

For more information and to take a pledge you can head over to wearorange.org.