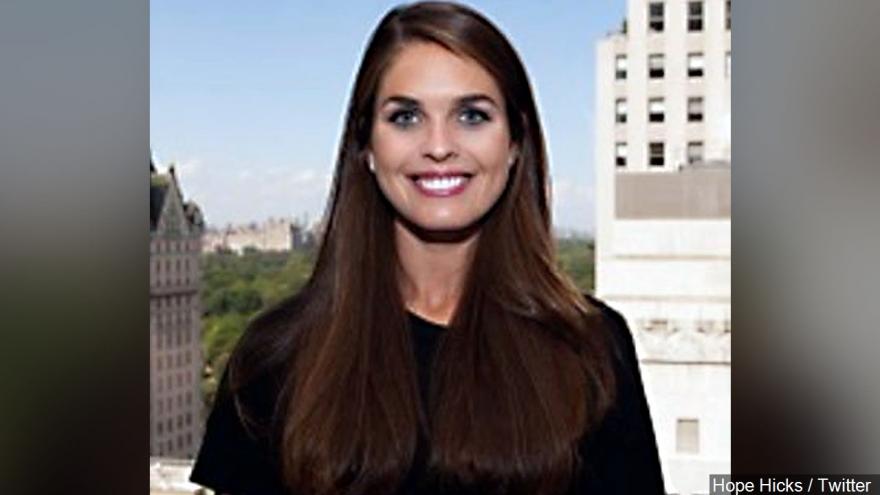 The official added in a statement that the administration will "make an announcement on a permanent communications director at the appropriate time."

The role of communications director has been vacant since Anthony Scaramucci was ousted from the position shortly after John Kelly took over as chief of staff last month.

As the White House senior communications adviser, Hicks helped shape Trump's messaging. Previously, she was a public relations professional for the Trump Organization before becoming one of the first people to join Trump's campaign press team.

Her relationship with Trump began while she was working for Hiltzik Strategies, a New York public relations firm founded by Matthew Hiltzik, a longtime Hillary Clinton supporter. She eventually left the firm to work for the Trump Organization and worked on several projects, including Ivanka Trump's fashion line and Trump resorts.

Because of her close relationship with the President, Hicks is able to avoid much of the infighting in a quarrelsome West Wing. One official described her as "untouchable" and another said she was the President's "emotional support."

The White House has had difficulty filling the role of communications director.

Jason Miller, a spokesman for the campaign, decided in December not to take the job just two days after he was tapped for the position, citing family reasons.

Mike Dubke, the administration's first communications director, resigned in May, with a friend saying he grew frustrated with chaos in the White House.

"It's one thing if you're working at a place where your skills are appreciated," the friend said, but "it's just not working."

Earlier this month, a White House official told CNN there were internal discussions that Stephen Miller, a senior adviser on policy, could be considered for an elevated communications role in addition to his current position.