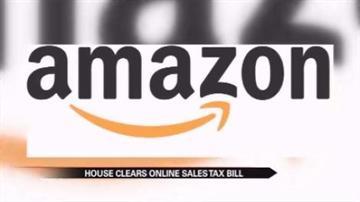 INDIANAPOLIS, Ind. — Indiana lawmakers are moving forward with plans to start collecting sales tax off of Amazon.com and other online stores.

Amazon.com has everything, from gadgets to clothes to toys, and saves Hoosiers a trip to the store and a hit in the wallet.

For years, shoppers on Amazon and other online stores have had the luxury of legally avoiding state sales tax.

But a new bill approved this week by a 79-18 vote in the State House of Representatives would break an agreement between Amazon and former governor Mitch Daniels.

Supporters of the bill said that it creates equal competition between online and physical stores.

But opponents said that forcing the tax would actually hurt Indiana's reputation with other companies.

The Senate still needs to pass the bill.