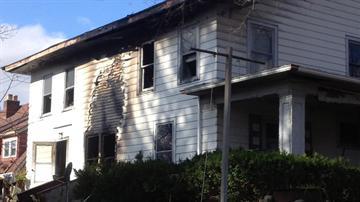 Smoke started billowing from the windows of the house Monday.

Fire engines lined the streets after a person who saw the house on fire ran down to the nearby fire station.

Neighbors were frantic to know what caused the fire and if their neighbor and his dogs were okay.

“Nobody was inside the residence,” said Chad Weller, Battalion Chief, Kankakee Fire Departments. “We did not find any dogs and we have not spoken to the homeowner yet.”

Investigators believe the fire started in a bedroom on the first floor.

Because there aren't any fire hydrants in this part of the county, several water trucks were brought in to help put out the flames.

It took crews about 15 minutes to get it under control.

A few neighbors said the homeowner is rarely home and when he goes away, he generally takes his two dogs with him.

Fire investigators said they are still trying to get in touch with the homeowner.