House fire in Dowagiac may have been caused by lightning strike 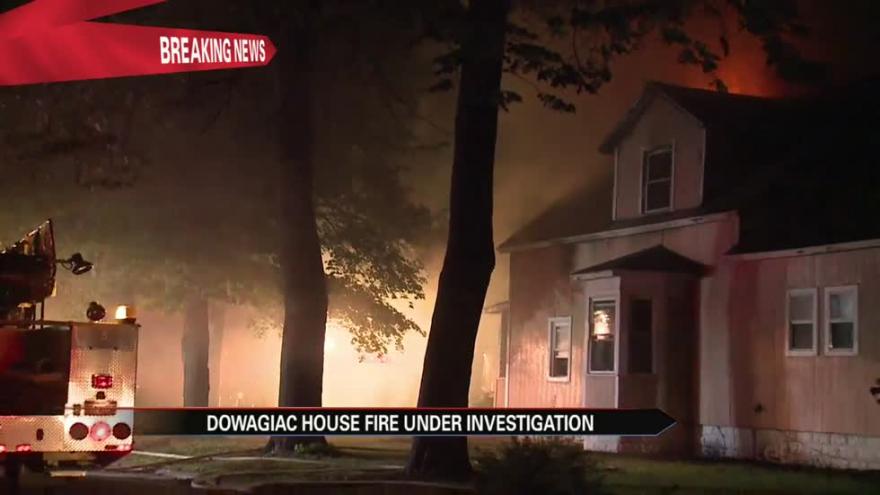 DOWAGIAC, Mich. – The flames that engulfed a newly bought home in Dowagiac late Monday night may have been caused by a lightning strike, according to the Dowagiac Fire Department.

Around 9 p.m., firefighters from Dowagiac and Wayne Township responded to the call at 202 Bradley Street.

The home is located just north of Mill Pond Park.

Crews say they found the two-story home with flames coming from three sides of the second floor. Inside the home, firefighters were met with heavy flames as the fire spread into the attic.

The residents of the home moved in just days before the fire and were not home when it started. They did not have insurance on the structure.

Officials say a lightning strike from storms passing over the area could be to blame, the official cause of the fire has not been determined.

The fire, which caused extensive damage to the second story of the home, was under control within an hour despite having gone unnoticed for some time before emergency crews were called.