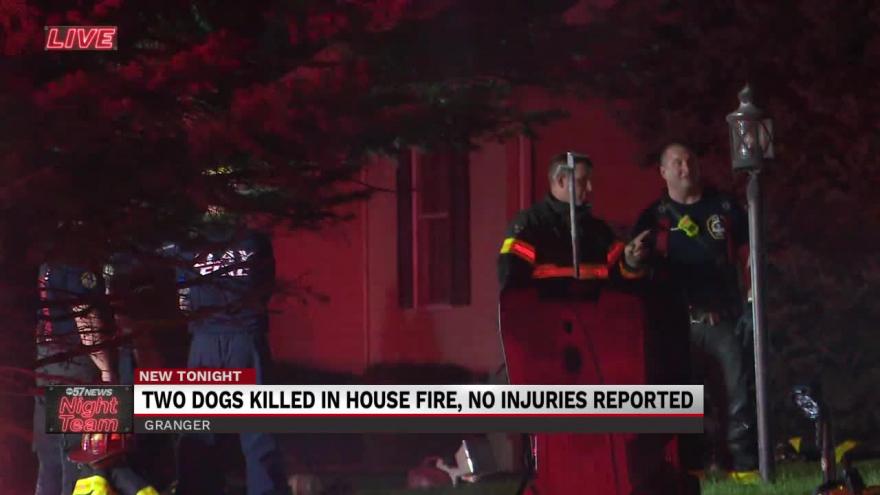 GRANGER, Ind. -- St. Joseph County dispatch confirmed that they received a call for a house fire on the 10000 block of Benamin Drive at approximately 8 p.m. on Wednesday.

Clay Fire crews are at the scene of the fire currently and St. Joseph County police officers are directing traffic around the area, dispatch says.

Dispatch says that the house is two stories tall.

Fire officials say the kitchen of the house is the main part of the home that took on damage from the fire.

Officials also report that two dogs died during this house fire and that none of the residents were home when the fire started.

None of the house's residents were home when the fire began, officials say.