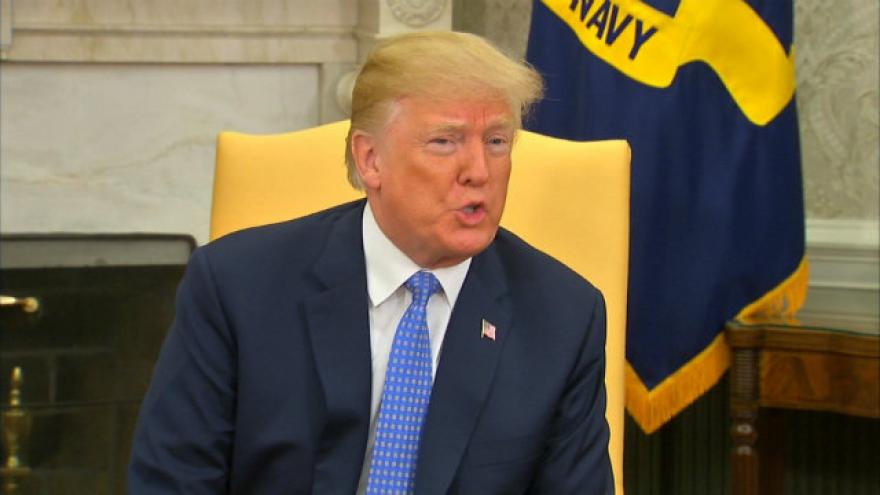 A group of President Donald Trump\'s most ardent supporters in the House of Representatives have sent a letter to the Norwegian Nobel Committee, formally nominating the President for a Nobel Peace Prize. Photo courtesy Pool

(CNN) -- A group of President Donald Trump's most ardent supporters in the House of Representatives have sent a letter to the Norwegian Nobel Committee, formally nominating the President for a Nobel Peace Prize.

The nomination was spearheaded by Indiana's Rep. Luke Messer, who is locked in a fierce GOP primary battle in the Hoosier State for a Senate seat.

In the letter, Messer and his Republican colleagues endorse Trump's nomination by arguing that he deserves the award because of his work to end the Korean War and bring peace to the peninsula.

"Since taking office, President Trump has worked tirelessly to apply maximum pressure on North Korea to end its illicit weapons program and bring peace to the region," the letter reads.

Joining Messer in the letter are conservative members like Freedom Caucus leader Rep. Mark Meadows of North Carolina and Rep. Steve King of Iowa. Six of the signatories are seeking higher office, including Rep. Marsha Blackburn, the presumptive Republican nominee for Senate in Tennessee; Rep. Diane Black, who is running for governor in Tennessee; Rep. Evan Jenkins, who is part of a three-way primary for Senate in West Virginia; Rep. Jim Renacci, who's running for governor of Ohio; and Rep. Kevin Cramer, who is attempting to unseat Democratic Sen. Heidi Heitkamp in North Dakota.

Noticeably absent from the letter is one of Messer's primary opponents in Indiana, Rep. Todd Rokita. Former state Rep. Mike Braun is also seeking the Republican nomination to challenge incumbent Democratic Sen. Joe Donnelly in what is considered one of the most competitive races in the country.

If Trump were to win the award, he'd be the fifth American president bestowed with the honor. Presidents Theodore Roosevelt, Woodrow Wilson, Jimmy Carter and Barack Obama are all Nobel winners. During a raucous re-election rally in Michigan on Saturday, the crowd broke out into a chant of "Nobel, Nobel" while Trump was discussing his efforts in North Korea. Clearly enjoying the response, the President smiled and said, "Thank you, that is very nice."

The White House did not immediately respond to the news of the nomination.