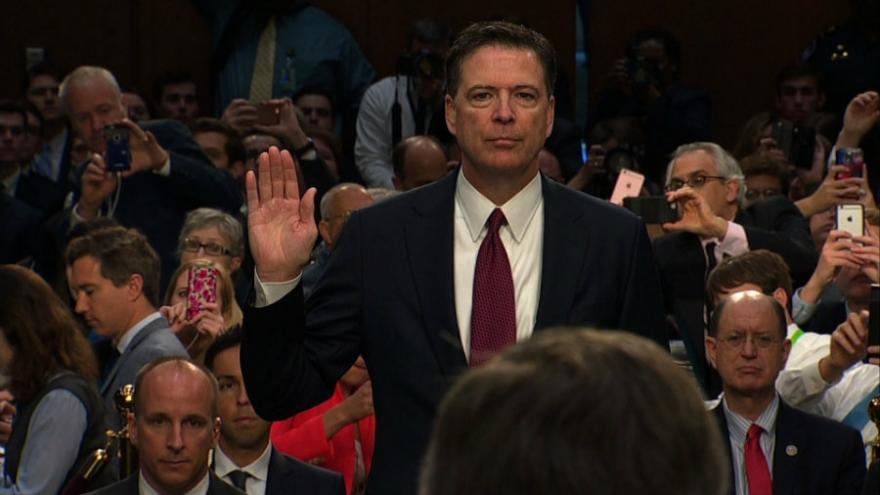 (CNN) -- House and Senate investigators fired off a series of requests after former FBI Director James Comey's testimony, seeking memos of his private discussions with President Donald Trump and any records the White House kept of their discussion -- including audio recordings.

The leaders of the House Russia investigation, Reps. Michael Conaway, a Texas Republican, and Adam Schiff, a California Democrat, sent a request Friday directly to Comey for copies of his memos. They sent a separate request to Trump's White House counsel, Don McGahn, for any record the White House had of their meetings.

The House requested Comey and the White House provide the records, including tapes if they exist, by June 23.

The Senate judiciary committee, meanwhile, sent a request to Columbia University law professor Daniel Richman for Comey's memos. Richman confirmed Thursday that he was the friend Comey testified who had discussed the memos with the press.

The leaders of the Senate judiciary's probe sent Richman the request Thursday and asked he provide it by Friday. A source familiar with the matter said Richman has been in touch with Senate judiciary through special counsel Bob Mueller's office, and that there will be movement after the weekend.

"The matter will be addressed on Monday," the source says.

It's unclear if that means that the memos will be turned over to Congress on Monday, and the source would not provide any more details.

Four members of the Senate Judiciary Committee, including Chairman Chuck Grassley and ranking Democrat Dianne Feinstein, had set a Friday deadline for Richman to respond after Comey testified that he gave the memo to him and asked him to anonymously disclose it to the media in an attempt to prompt the naming of a special counsel.

The Senate committee sent a request for Comey's memos from the FBI on and a separate request to the White House for any records kept by Trump, on May 17.

Comey testified Thursday that Trump asked him to drop an investigation into former national security adviser Michael Flynn and implied Trump may have become the subject of investigation himself for interfering in the FBI's work.

Under oath Thursday, Comey repeatedly called Trump a liar -- Trump responded Friday by saying Comey was a liar. Asked if he had taped their conversations, as he implied in a threatening tweet shortly after he fired Comey, Trump said he would reveal that answer soon.

"Lordy, I hope there are tapes," Comey said during his testimony Thursday.

During a news conference Friday, Trump said he'd have more information related to whether tapes exist at a later date.

"I am not hinting at anything," Trump said, twice declining to elaborate. "I will tell you about it over a very short period of time."