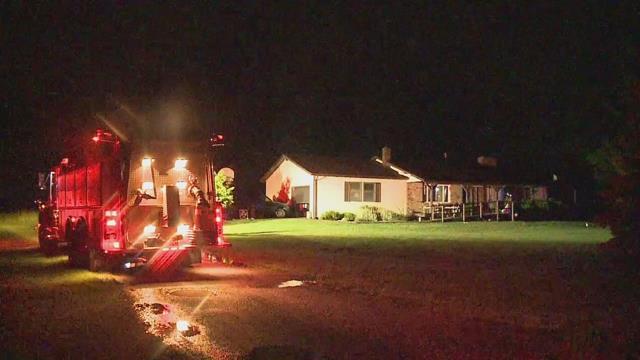 A house in Marshall County was struck by lightning late Wednesday evening.

Aimee Lucas said she and her children had just returned home when they smelled something burning.

Moments later, she said she realized her house was on fire.

Three fire departments responded and quickly put out the flames.

The Polk Township Fire Department confirmed the house had in fact been struck by lightning.

Firefighters said these types of incidents don't happen often, but they do happen more than people may realize.

No one was injured in this fire.