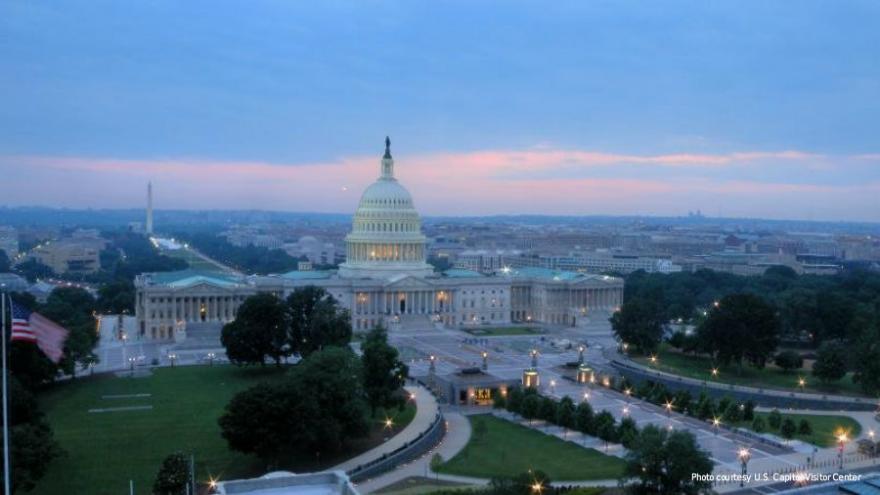 The legislation passed 231-188 and heads to the Senate where it is expected to be approved ahead of a Friday deadline.

Immediately after the vote, the House also has passed an $81 billion disaster aid bill in the wake of this year's devastating hurricanes and wildfires. The bill includes additional money for hurricane recovery in Texas, Florida, Puerto Rico and the US Virgin Islands, and along with fires that impacted California. It passed the House 251-169, but it's not expected to be taken up in the Senate until after the new year.

Republican leaders had appeared at an impasse over the spending bill just hours before the House voted, though signs of progress toward a resolution began to emerge throughout the day. House Armed Services Chairman Mac Thornberry, a Texas Republican who demanded for weeks that the Pentagon needed a full year spending bill with added resources, told reporters Thursday that he would now vote for a stopgap bill to extend current levels until mid-January and he believes it will pass.

He said he has had some "very intense conversations" with his leadership, Defense Secretary Jim Mattis and others about finalizing a broader deal.

"I am pretty optimistic that we will be able to have an agreement in January that starts the rebuilding process of the military, but we've got to quit using the military as a political pawn," he said.

Republicans are trying to avoid a shutdown just days ahead of the holidays, but passing a funding bill will require the party to go it alone in the House or risk overshadowing their biggest legislative accomplishment of the year.

Just a day after passing their major tax overhaul that dropped the corporate tax rate from 35% to 21%, reduced individual tax rates and expanded the child tax credit, the GOP was trying to make sure they had the votes for a short-term spending bill.

Democratic Leader Nancy Pelosi encouraged her members to vote against a short-term continuing resolution in a dear colleagues letter earlier in the week. Democrats were also seeking to add an extension or permanent legislative version of the DACA -- Deferred Action for Childhood Arrivals -- program, but that will not be in the bill.

"I don't think there are going to be any Dem votes there," Rep. Richard Hudson, a Republican from North Carolina, said Wednesday evening.

At a weekly meeting for the House Democratic whip team Thursday, leaders reiterated that there have been no efforts to engage in any bipartisan talks and they are urging their members to vote no on both the stopgap funding bill and the disaster aid package.

Republicans are also trying to pass a separate package to aid disaster zones that were affected by hurricanes and fires.

"They are on their own," a senior House Democratic leadership aide told CNN about the Republicans. This aide acknowledged that some Democrats from affected states may vote for the bill providing resources to rebuild after a series of storms.

President Donald Trump tweeted Thursday morning that it was up to Republicans now to ensure the government keeps running.

If the House does pass a bill, the legislation will still have to go to the US Senate where Majority Leader Mitch McConnell will need at least eight Democratic votes at least to keep the government open.