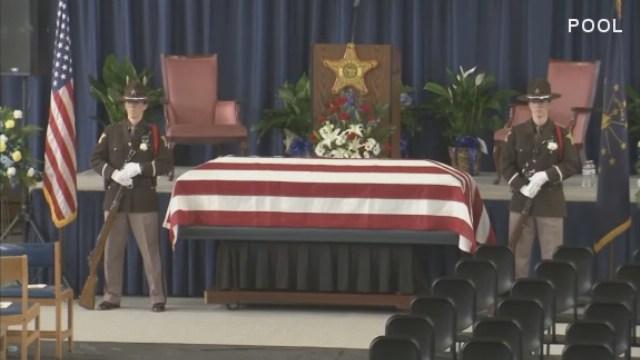 The funeral service was held at Northwestern High School in Kokomo.

The 27-year old sheriff's deputy was fatally wounded early Sunday, March 20 while he and Sergeant Jordan Buckley were attempting to serve arrest and search warrants in connection with a drug case.

The sheriff's department said the suspect didn't respond when the deputies knocked on the door, but started shooting and both officers were shot.

Koontz died just a few hours after being shot.

On Tuesday, officers stood vigil over the flag-draped casket as mourners - including Governor Mike Pence - filed past.

The eight pallbearers were from both the Howard County Sheriff's Department and the Kokomo Police Department.

Koontz leaves behind a wife and baby.