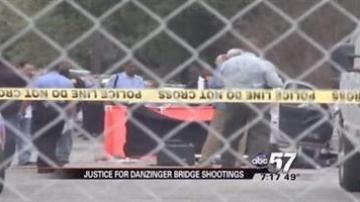 NEW ORLEANS-- A scandal that happened after Hurricane Katrina has reached a milestone.

To make the shootings seem justified, officers conspired to plant a gun, they even tried to make up witnesses and falsify reports.

Thursday, all five former officers were convicted and sentenced.

The convicted officers are expected to appeal.