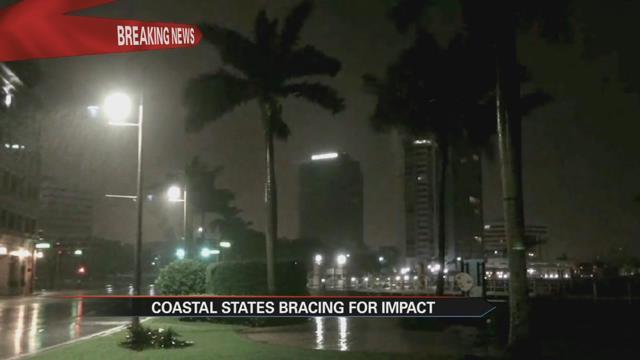 Hurricane Matthew is ravaging the southeast.

Pretty much anything that was going on in Florida's major cities has been closed off or canceled all together. That comes as 2 million people have been urged to evacuate.

Local first responders tell CNN those who decided against it are calling in, rethinking their decision.

More and more places are losing power, especially in the Orlando area. That number stands at 65,000 in Brevard county.

Some winds have slowed,  but that hasn't stopped Disney World from closing its gates for only the fourth time in its history.

Sporting events are also being canceled, both in college football and potentially the NFL.

But Notre Dame's battle in Raleigh with the NC State Wolfpack is still on for noon Saturday.

AirBnB is now offering free rooms to those in the line of the storms. And Uhaul is also trying to lend a helping hand. They are providing 30 days free self storage.

We will bring you updates as they become available.