I-65 shut down for 7 hours after semi fire 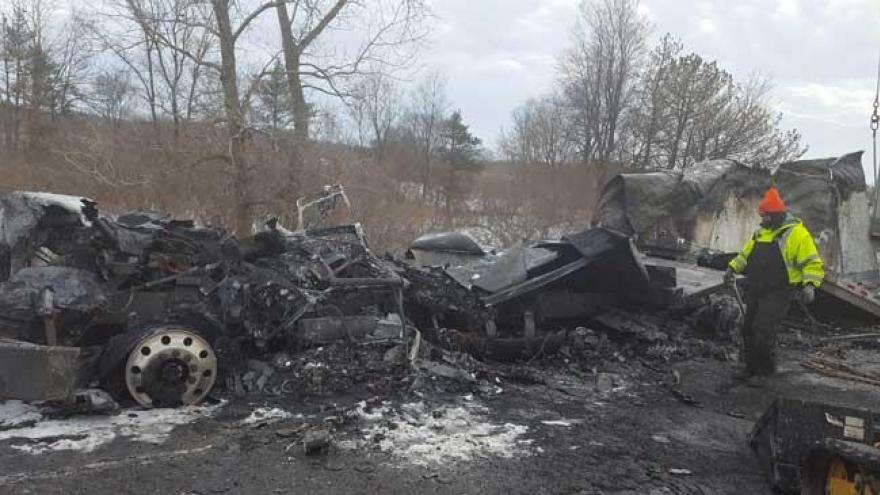 A semi caught fire in the northbound lanes of I-65 early Friday morning and closed the interstate for over 7 hours, according to the Indiana State Police Lowell Post.

Around 4 a.m., the driver of a semi pulling a box trailer full of cereal and vegetable oil pulled over to the side of the road because of a flat tire and brake fire.

The diver was on the shoulder of I64 near mile marker 232, near the Roselawn exit.

The driver, from Hartford, Michigan, tried to put out the fire with his fire extinguisher but was unsuccessful, police said.

The vegetable oil in the trailer reignited and needed to be put out more than once, police said.

Because of the extensive damage to the tractor and trailer, heavy equipment had to be brought in to assist in the cleanup.

Traffic in the northbound lanes was backed up for ten miles because of the accident.