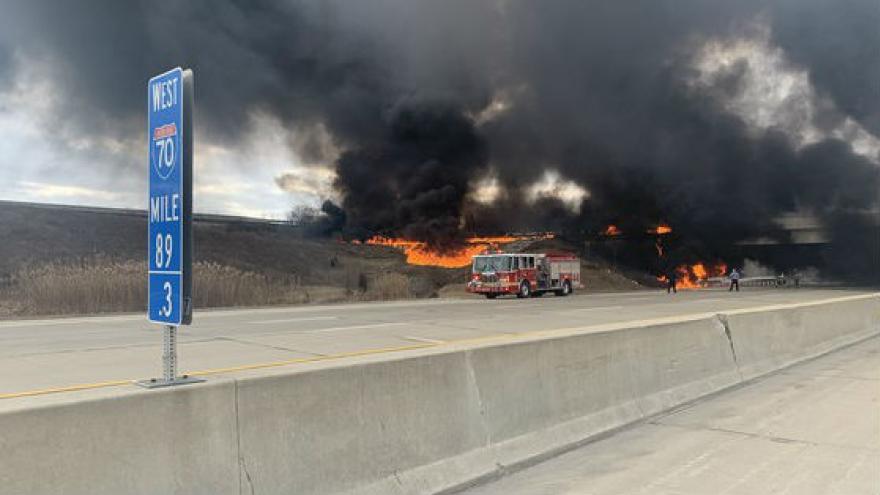 INDIANAPOLIS, Ind. – Jeffrey Denman, a driver from Brownsburg, crashed his semi tractor-trailer and caused it to turn over and set fire to the I-70 and surrounding area on February 20.

The vehicle crashed on the ramp from the I-465 southbound to I-70 eastbound on the east side of Indianapolis.

Trooper Chris Hanson was the first on the scene and assisted three other Good Samaritans treat the driver’s injuries until medics arrived.

The driver was helped out of danger by three people who stopped when they saw the wreckage and investigated on their own. He was transported to an area hospital in critical condition.

Investigators believe unsafe speed contributed to the semi turning over.

I-70 eastbound and westbound was closed in the area for approximately two hours while crews fought the fire and made the scene safe for traffic.

The I-465 southbound ramp to I-70 will remain closed for several more hours while the wreckage is removed.

The driver of the semi was pulled out by a Good Samaritan. He is being transported to the hospital now

This will be a very extended clean-up and will affect rush hour traffic. Seek alternate routes @IFD_NEWS is in scene handling the fire now pic.twitter.com/aSj3QpEFG3