I-80/94 rollover crash claims one life 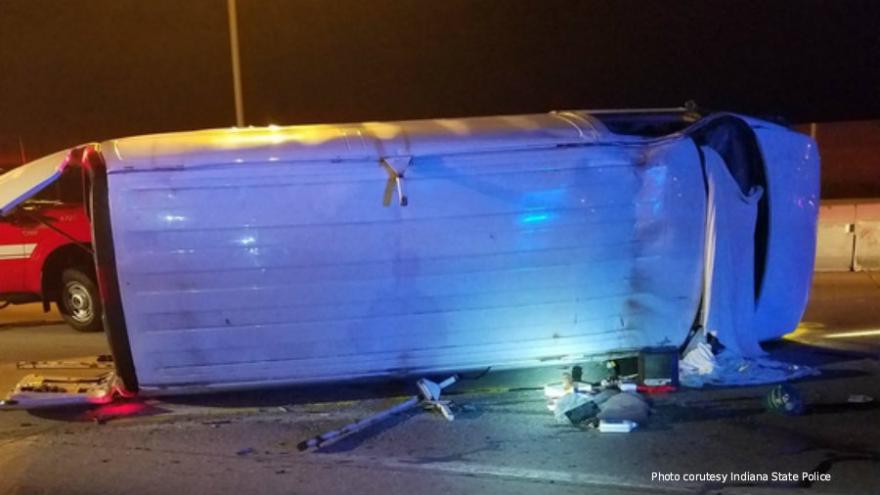 Indiana State Police say a white Chevy van was traveling eastbound in the far left lane when the van collided with a black GMC Yukon traveling in the left center lane near mile marker 3.6.

After the initial collision, the van began to fishtail across the roadway before striking a concrete barrier and overturning.

According to ISP, the driver of the van, 28-year-old Devin Rishler of Portage, was trapped inside of the van and died from blunt force trauma. He was not wearing a seatbelt at the time of the crash.

It is unclear if the driver of the Yukon suffered any injuries.

Troopers say alcohol may be a factor in the crash.