Freezing rain mixing in with wet snow and warm temperatures overnight combined to create puny snow totals across Michiana to start the week.

Since last Friday, the meteorologists on the ABC57 First Warning Neighborhood Weather team preached caution with this potential storm. The storm setup continued to appear uninspiring over the weekend as well. We stayed with our conservative snow estimates leading into the start of the snow Monday as well.

Here are our snow forecasts from Saturday through Monday afternoon.

The +3" never materialized with the sleet / freezing rain but we kept expectations low because of that concern.#inwx #miwx pic.twitter.com/gL6M5e0uue

However, the snow totals Michiana received failed to meet even our LOWEST expectations.

Most of Michiana north of US 30 picked up 1-3 inches of snow through Tuesday evening, with less than a half inch reported south of the highway. 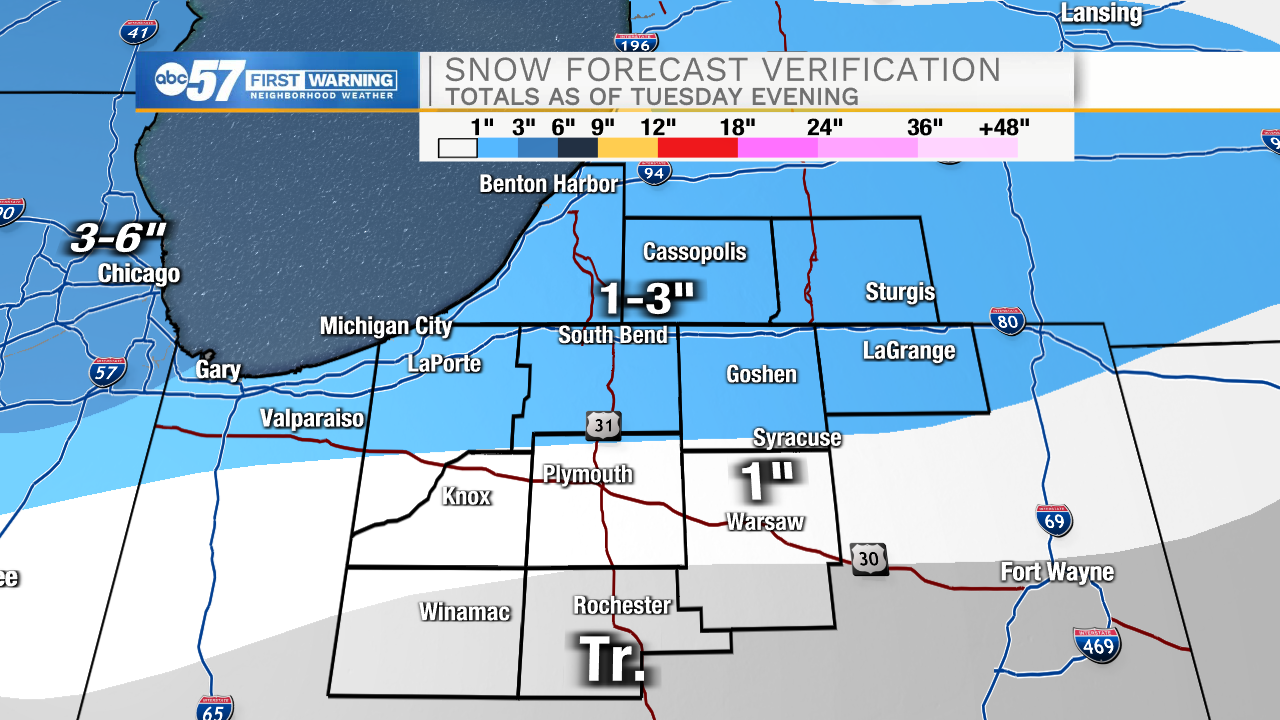 South Bend officially picked up just over 2" of snow from the storm system. A few spots across Michiana did see more than 3", but they are few and far between. 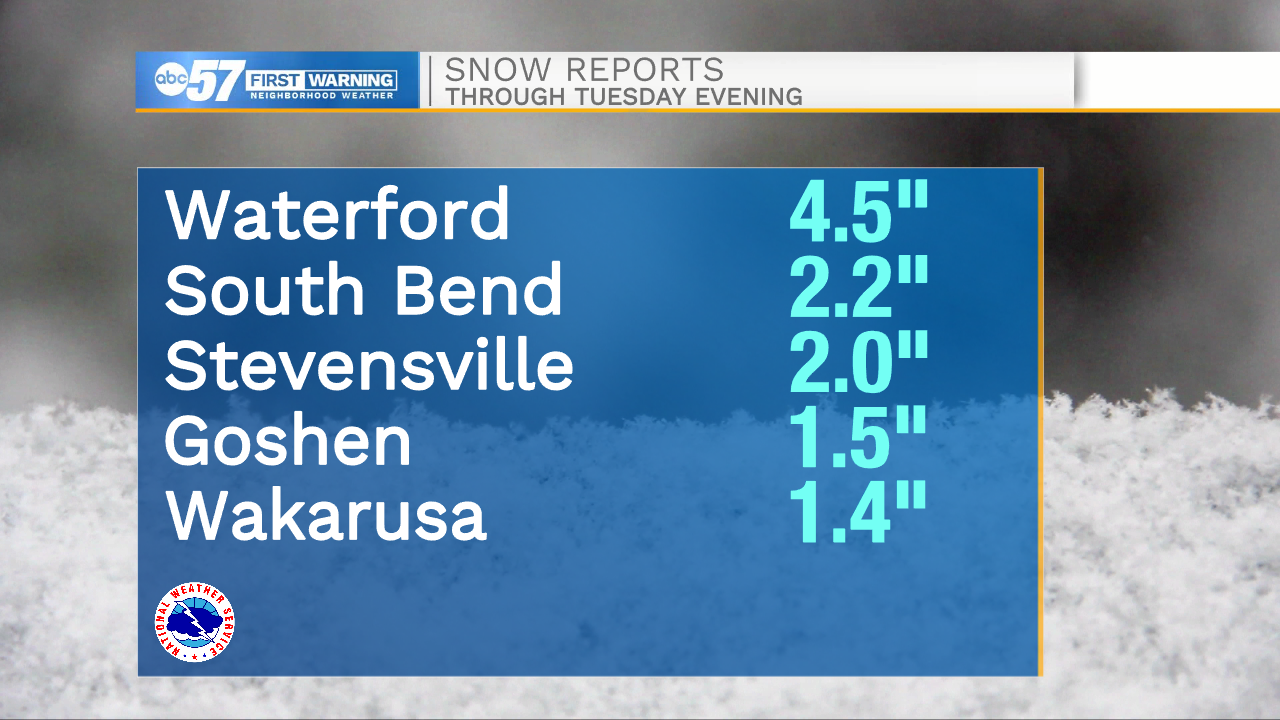 Dry air, warm temperatures and ice mixing in farther north than forecast all contributed to the lower snow totals.

While parts of Fulton County did report 0.1" of ice, most of Michiana missed out on significant icing with this system as well. 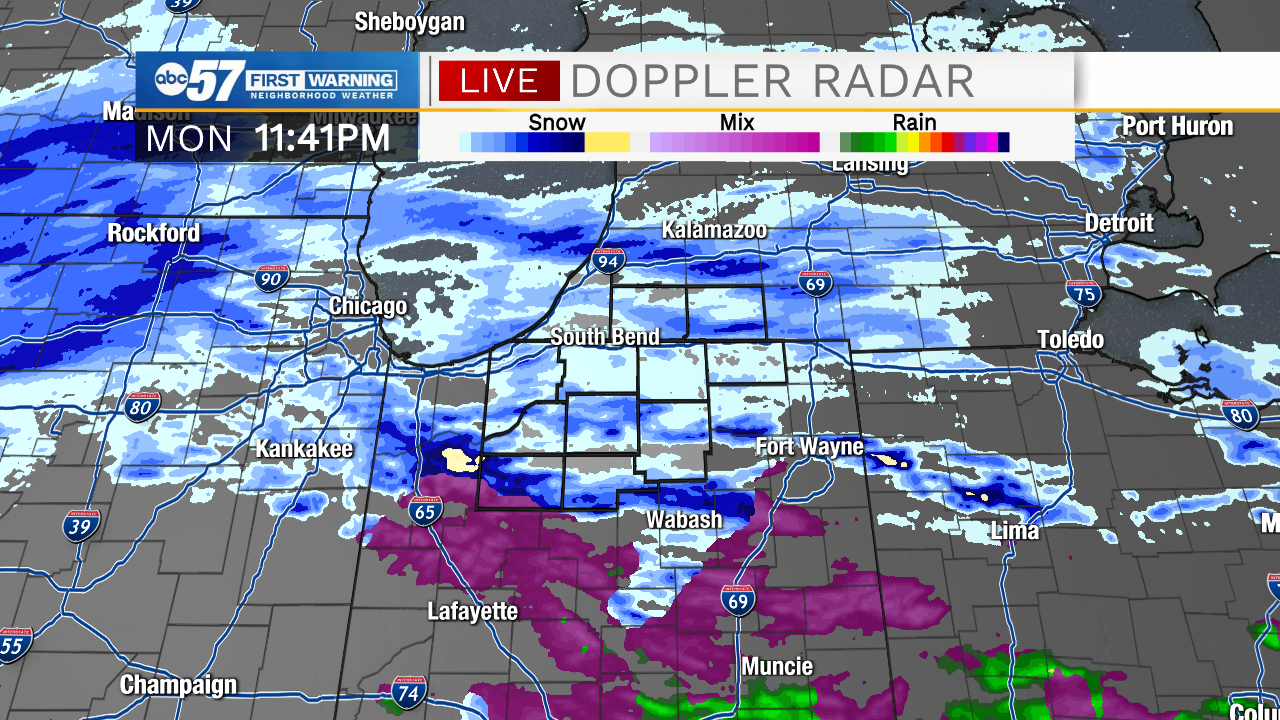 As this RADAR picture from Monday night shows, the majority of the area was too warm for major snowfall, but also too cold for major icing.

Temperatures will be colder to end the week, meaning the sloppy snow will stick around until our next potential system arrives this weekend.