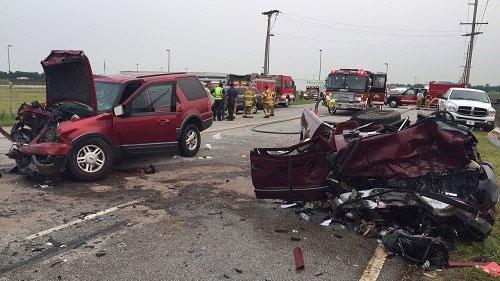 The identities of the victims involved in the crash on U.S. 421 Tuesday in LaPorte County have been released.

The other vehicle was driven by 43-year-old Vincent Fischer of Valparaiso.

Vincent, Logan, and Duncan were seriously injured and were flown to the hospital.

They are currently recovering in the hospital.