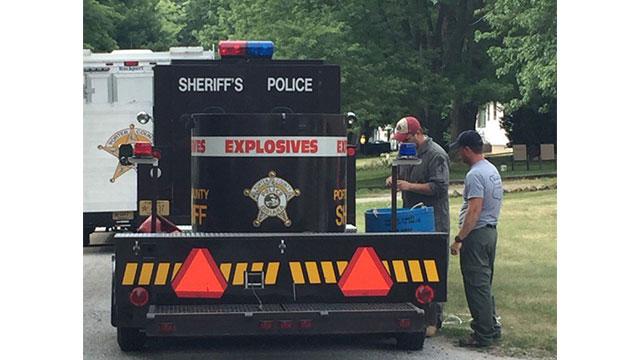 An IED that was found along a road in La Porte County has been detonated in an open field.

The Porter County Bomb Squad detonated the devices in an open field on Johnson Road around 7:30 p.m. Monday night.

The explosives appeared to be in jelly form inside two mason jars, with two strings inside leading to the outside of the jars.

According to Captain Mike Kellems with the La Porte County Sheriff's Office, a resident was cleaning up trash from the side of the road and found something she believed may have been a homemade firework.

She took it home, but then became concerned, so around 1:45 p.m. she called the sheriff's office.

When deputies arrived and inspected the device, they discovered it was more consistent with an IED.

The area was cordoned off and the resident and nearby homes were evacuated.

All roads are back open from  US20 to Welnetz Road.