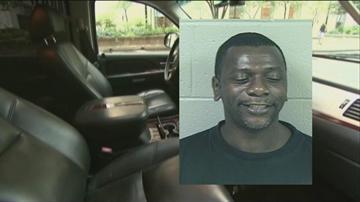 BERRIEN SPRINGS, Mich. - A multi-million dollar auto theft ring based out of Illinois may have spilled over into Berrien County.

The Berrien Springs-Oronoko Township Police Department is looking for 48-year-old Paul Abbott, a man they arrested and released in July, who is now a wanted fugitive. Chief Milt Agay communicated to ABC 57 News through his administrative assistant Tuesday that the man may have sold stolen cars locally on Craigslist.

Abbott is wanted in a multi-state investigation that busted more than 20 suspects in the $4 million stolen car ring. According to authorities in Chicago, more than 200 luxury cars were stolen by the group from Illinois dealerships and sold on various websites including www.craigslist.org.

Agay reported Monday, that in late July, Abbott was arrested for fleeing from police after a high-speed chase with officers on US-31 between Niles and Berrien Springs. Abbott was suspected to be carrying drugs.

Abbott was released from the Berrien County Jail but the car he was driving, a 2012 Chrysler 300, was impounded by officers. According to Agay, police found that the car’s vehicle identification number (VIN) was fraudulent and the car’s real VIN revealed that it was stolen from Napleton Chrysler in Illinois.

The fraudulent VIN on the Chrysler was the same activity used by the auto theft ring near Chicago to sell stolen vehicles. “Auto theft has increasingly become a sophisticated part of organized crime that involves not just theft of a vehicle but other types of fraud,” said Illinois authorities at a Chicago press conference on July 30th.

According to Agay, several cars that are suspected to be stolen and sold are still missing. Agay said that anyone who feels they may have bought a car from Abbott in Berrien County should check the VIN near the car’s front windshield to see if it’s loose.

Anyone who feels that they may have been affected or know about Abbott’s whereabouts should contact the Berrien Springs-Oronoko Township Police Department.