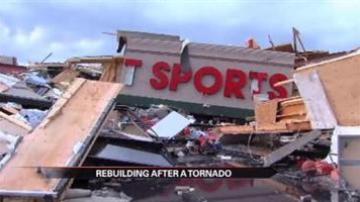 HARRISBURG, Ill. — It has been a year-and-a-half since a deadly tornado tore through Harrisburg, Illinois. The community is taking another step in its recovery.

A strip mall was destroyed and a few months later, that debris was cleaned up.

But now, the rebuilding process has begun.

A City Councilman said that the strip mall will have all but one of the same stores.

"People of Harrisburg are very positive people, very progressive people, and we will build back even better," said John McPeek.

The strip mall is one of the last things that has been rebuilt. Officials say their goal is to keep building new stores around town.