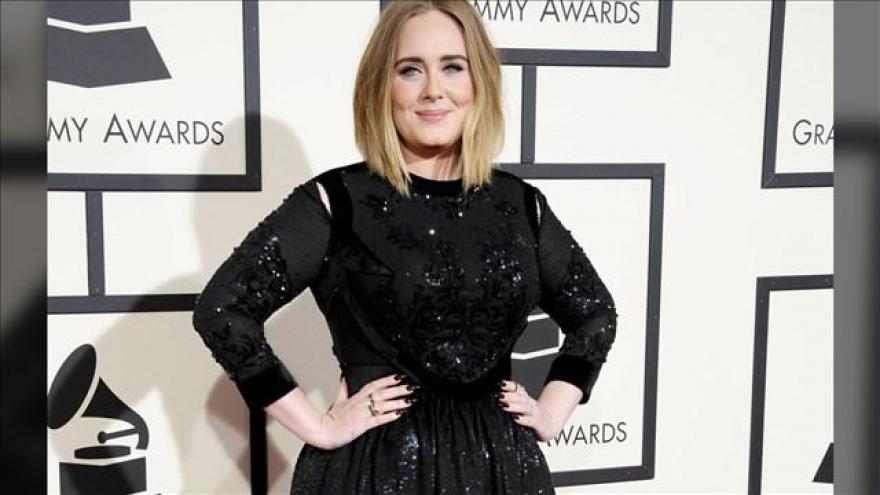 (CNN) -- British pop star Adele has ended months of speculation by confirming that she is married.

Famous for award-winning songs on heartbreak, the singer told concertgoers in Brisbane that she was "married now" before launching into a soulful rendition of 2011 breakthrough hit "Somebody Like You."

"That feeling when you first fall for someone is the best feeling on Earth," she said, in a video posted online by a fan.

"And I am addicted to that feeling. Obviously, I can't go through with those feelings because I'm married now," she added.

Konecki is the co-founder of Life water and its charity Drop4drop, which promotes global access to clean water.

Rumors that two had secretly wed have been swirling since January this year, when the Grammy winner was spotted in LA wearing a plain gold band on her ring finger.

At the time, Adele would not confirm that they had in fact married.

But at the Grammy Awards in February, where she became the first artist to win the three most sought after awards -- Album, Song and Record of the Year -- she let slip by thanking her "husband" alongside her son.

Adele's ballads on love lost and heartbreak have made her one of the most successful artists of the 21st century.

"I've found my next person," she told the crowd in Brisbane.