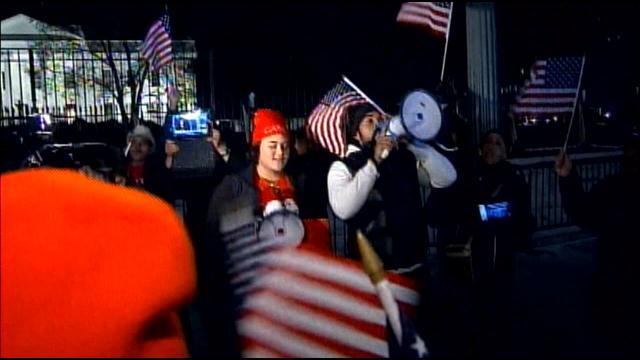 Thousands of families in South Bend can rest easy knowing they won't be split up, at least for now.

That's because a lot of questions have come out of President Obama's controversial speech on Thursday night. The President decided to use his executive power to form his own plan for immigration reform.

It's important to know this isn't a permanent fix for undocumented individuals nor an open invitation for immigrants to enter the country illegally.

The issue of immigration affects the lives of almost five million families nationwide and thousands here in South Bend.

“Today our immigration system is broken,” said President Barack Obama on Thursday night when he announced a series of Executive Actions.

His immigration reform is intended to crack down on illegal immigration at the border, prioritize deporting felons not families, and require certain undocumented immigrants to pass a criminal background check and pay taxes.

This is all in order for undocumented individuals to temporarily stay in the United States.

“So this doesn't grant citizenship. He doesn't have that in his ability to do and so these are temporary statuses,” says Sam Centellas, Executive Director for La Casa de Amistad.

Centellas has been following President Obama's immigration reform closely in order to plan the next steps in helping undocumented individuals here in South Bend.

Centellas says “It is probably going to affect about several thousand families in this area.”

People affected by the reform are those who arrived as children to the United States, parents, children and spouses of US citizens, skilled foreign workers, and lawful residents. There are requirements for these groups of people to attain temporary status.

In order to qualify most groups must prove they've been in the United States for five years and pass a back ground check.

“For the most part people are supportive of immigration. Some people are saying they wish the president hadn't enacted it this way,” describes Centellas.

For those who are not in favor, the immigration reform is not an open invitation to cross the borders. It's intended to strengthen border security and remove undocumented felons and gang members. Centellas adds a major part of the reform is to keep criminals out and help prevent families from being torn apart.

All these changes will not go into effect immediately. People who qualify for temporary status can start taking action in about three to six months depending on their situation.

In the mean time La Casa de Amistad will hold a meeting on Monday to explain the next steps to people who are affected by the reform.

These new regulations spark the question whether government funded departments like the United States Citizenship and Immigration Services will need to expand its workforce and seek funds to implement these new initiatives?

USCIS.gov states, “USCIS will need to adjust its staffing to sufficiently address this new workload. Any hiring will be funded through application fees rather than appropriated funds.”
Share this article: