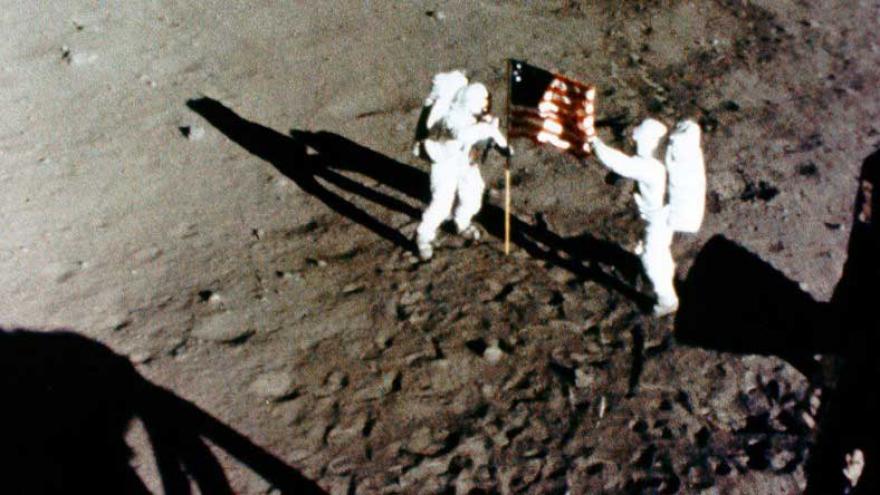 NEW YORK (CNNMoney) -- Houston, we have a problem.

The historic Apollo Mission Control Center at the Johnson Space Center in Houston -- where NASA helped put a man on the moon 50 years ago -- is in desperate need of repair after years of wear-and-tear, a nonprofit group said.

The group, Space Center Houston, operates a large space education center nearby and conducts tours of the Johnson Space Center -- a sprawling and active NASA campus -- and the now-shuttered control room is one stop along the way.

The nonprofit wants to restore the room to its Apollo-era glory, right down to the ash trays and notebooks that used to litter its counter tops.

But the organization needs some help funding the project, which is estimated to cost $5 million. So, its turned to internet crowdfunding.

A new campaign on Kickstarter.com seeks to raise at least $250,000 in a month. If the group doesn't meet its fundraising goals, Space Center Houston won't get any of the money, according to Kickstarter's rules.

But the campaign is on track. As of Friday afternoon, with 28 days left in the campaign, backers had pledged just shy of $37,500.

To help draw donors, Space Center Houston is offering up some special gifts.

A $55 donation, for example, will earn you a special mission patch designed by Michael Okuda, a designer of the set of "Star Trek: The Next Generation."

The most elaborate prize, for donors who give at least $10,000, is a private tour of the Mission Control room with Apollo-era flight director Gene Kranz.

Space Center Houston says the small nearby city of Webster, Texas has already pledged $3.1 million to revamp the control center, and it plans to match up to $400,000 of funds raised by the Kickstarter campaign.

The group's CEO William Harris says Webster has a long history with the aerospace industry, since aerospace companies and astronauts have long taken up residence there. And, of course, the town has benefited from the local tourism.

Though the Apollo Mission Control Center is located inside NASA facilities, Harris said, NASA doesn't have the budget to fix it up.

"They're future-focused," he explained.

So, Space Center Houston has taken up the mission.

And NASA has plenty to look forward to at Johnson Space Center, which is the space agency's hub for human spaceflight.

Along with training a new class of astronauts, Johnson Space Center could soon oversee the U.S.'s first manned mission to space since the Space Shuttle program retired in 2011. Boeing is currently working alongside NASA on a spacecraft that could ferry astronauts to the International Space Station by the end of 2018. SpaceX is also underway on its own crew-worthy spacecraft, and it has plans to send tourists on a trip around the moon next year.

The 50th anniversary of the Apollo 11 mission to land the first man on the moon will take place in 2019.