In the wake of recent gun violence, one family remembers 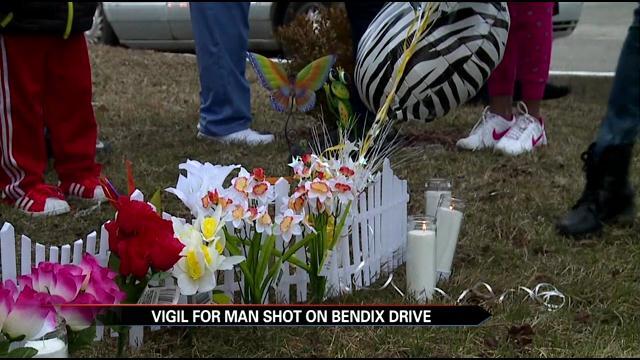 SOUTH BEND, Ind. – Three shootings in just a matter of days in South Bend has left some residents heartbroken and confused.

Family and friends of Gary Gray, who was shot on Bendix Drive earlier in the week, gathered for a candlelight vigil.

“South Bend has never been this bad, it just recently got this bad,” says Dionna, Gray's niece.

Gray's family is now left to deal with the aftermath of this unexplainable violence.

“I never imagined people would be on my Facebook saying sorry for your loss,” says Aubry Gray, Gray's only daughter.

After Gray's death, his family says they now question their safety.

And although senseless violence in a community is nothing that can be immediately change, a memory of a loving father gone too soon, can serve as a starting point.

“Everybody knew my dad and he loved everybody,” says Aubry.

There is a memorial fund set up at Wells Fargo Bank in the name of “Gary Gray” in which you can donate to.