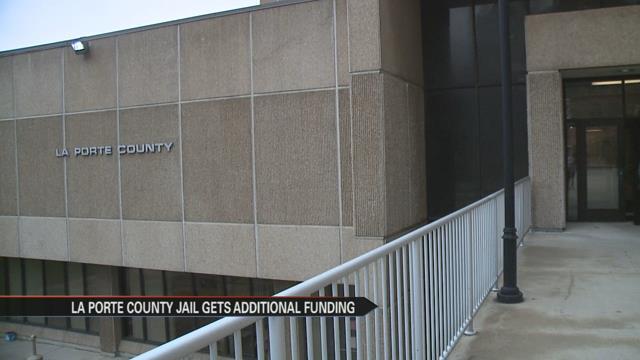 An increase in inmates is putting the La Porte County jail in a bind  when it comes to feeding inmates.  However, the jail has not reached capacity and it’s not because crime has gone down, in fact crime is up from last year.

At a meeting Monday, the sheriff’s department asked the council for an additional appropriation.

The La Porte County Council approved the request, adding $140,000 to feed inmates at the county jail and Work Release Center for the rest of 2016.

According to La Porte County Sheriff John Boyd, the state guideline for a meal is $1.21, which they are serving at $1.19.

Sheriff Boyd says they have not compromised the value of the meal, which is something they pride themselves on.

He added many people don’ think about feeding the inmates, let alone the importance of giving them good quality food.

Sheriff Boyd says since October 1 of this year, 261,000 meals have been served in their jail, plus 19,000 meals for those at the Work Release Center.

He says he wants tax payers to know their money is being well spent.

For the future, Sheriff Boyd said the county is working on alternatives to replace incarceration.

Those alternatives include house arrest and electronic monitoring, with the exception of violent and repeat offenders.

Sheriff Boyd said many jails in the state of Indiana are at capacity or over capacity and because of these alternatives the incarcerated population in La Porte has not reached capacity.

“The capacity of La Porte County jail is 368 people. Our daily population is 342 incarcerated inmates. So we’re well under our capacity,” said Sheriff Boyd.