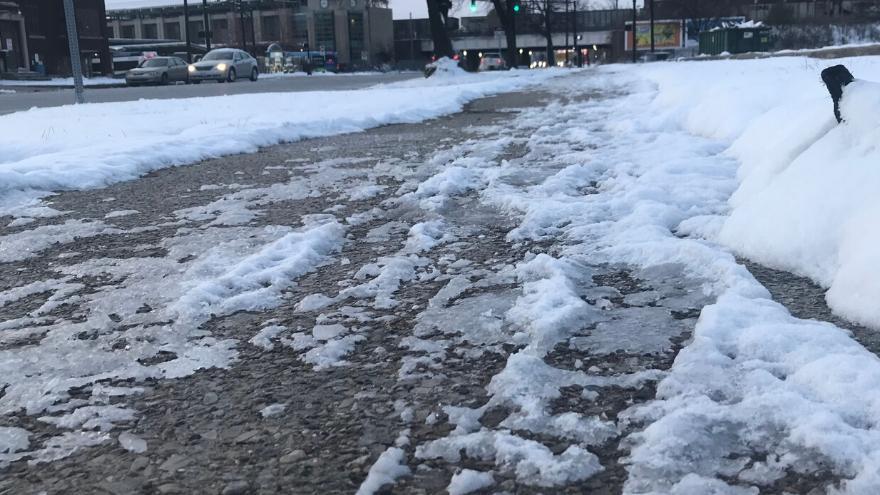 LaPorte, St. Joseph, Pulaski, Kosciusko, and Fulton counties were all still under travel advisories as of Wednesday morning. 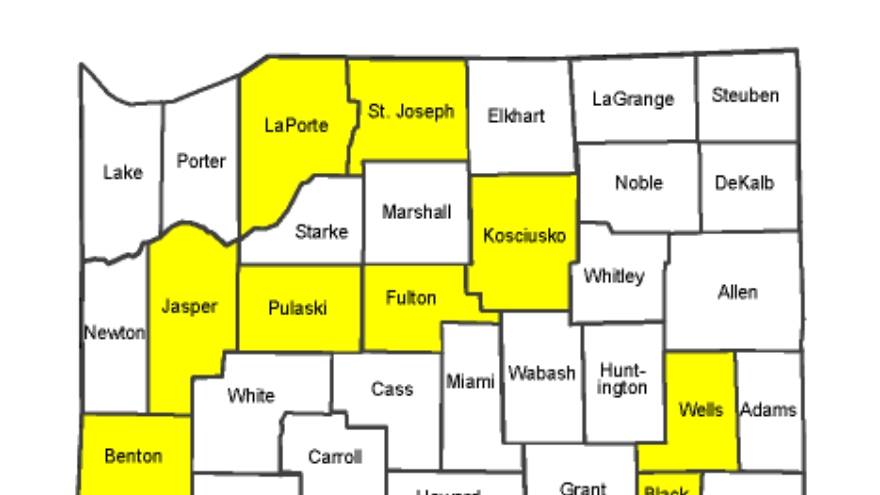 Counties under a travel advisory in Indiana are shown highlighted in yellow.

An advisory requests that people use caution during routine travel in an area where an advisory is active.

Due to the cold temperatures, the South Shore Line on Wednesday announced that it will bus passengers on westbound Train 6 and until further notice. Busing will occur between Carroll Avenue and South Bend stations.

As of Wednesday morning, roads throughout Michiana have been treated with salt, sand and mixtures of the two.

St. Joseph County Engineer Jessica Clark says that typically during storm events like the one that hit earlier in the week, the county uses about 150 tons of salt.

In Berrien County, Michigan, the county’s road department used 125 tons of salt on November 11. On Tuesday, they anticipated using about 175 tons of sand for a total of 300 tons of sand used during the storm.

Berrien County officials said that due to lake effect snow, crews had to retreat roads because of falling temperatures.  County intersections were treated between two and three times on Tuesday.

For updated information on travel advisories in Indiana, visit the state's website.