Indiana joins 9 other states in water lawsuit against EPA 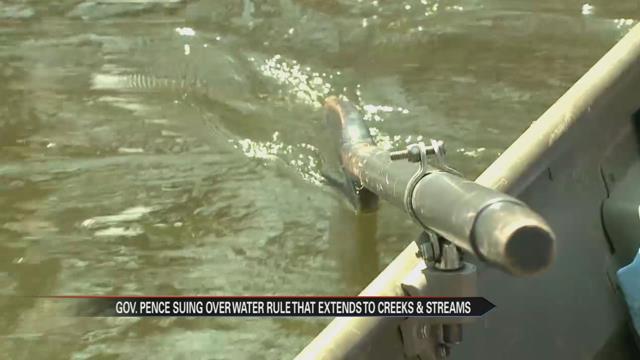 The rule adds language under the Clean Water Act that would give the Environmental Protection Agency regulatory power over streams, creeks, ponds and other small wetlands.

Attorney general Greg Zoeller and Governor Mike Pence are calling this government overreach. The EPA sees it as a way to better enhance the cleanliness and safety of waters across the nation.

Indiana will join nine other states in a legal challenge in the U.S. District Court for the Southern District of Georgia, alleging the “Waters of the United States” or WOTUS Rule exceeds the Congress’s Commerce Clause authority and violates the Tenth Amendment of the United States Constitution.

In a press released, Zoeller says the act would hurt the state's agricultural economy.

“Agriculture is vitally important to Indiana’s economy and this EPA rule would be needlessly burdensome to farmers, homeowners and businesses and intrude upon the States’ longstanding authority to regulate small waterways within its own borders," said Zoeller. "While we are mindful of environmental concerns, this type of EPA overreach and intrusion into state sovereignty has become all too frequent, and the states have no choice but to seek redress in the federal court."

The law is set to take effect August 28th.