Indiana, Michigan included in list of states trying to overhaul Medicaid -- without Congress 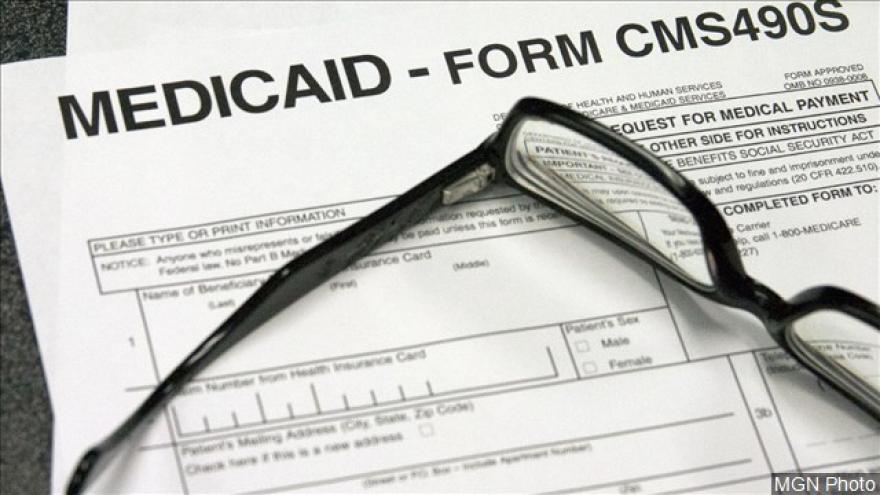 (CNN Money) -- Work requirements are only the beginning.

Mandating Medicaid recipients work in order to receive benefits is in the spotlight right now, but states are seeking to make a host of other changes to their programs. These include requiring enrollees to pay premiums, limiting the time they can receive benefits, testing them for drugs and locking them out if they fail to keep up with the paperwork.

Many provisions would apply to working age, non-disabled adults who gained coverage under the Affordable Care Act's Medicaid expansion. But several states also would require some who qualify under traditional Medicaid -- very low-income parents, mainly -- to meet these new rules.

Trump administration and state officials say these measures will help people gain independence and prepare them to purchase health insurance on their own. Critics, however, argue states are putting additional hurdles in place to winnow down their rolls.

"The practical impact of all these proposals is that it will knock people off of coverage," said Patricia Boozang, a managing director at Manatt Health Solutions, a consulting firm.

Congress attempted last year to revamp the safety net program, hoping to sharply curtail federal support and turn more control over to the states. Studies showed that millions would lose coverage, helping to sink the measure in the Senate.

States, however, are undeterred. They are ramping up efforts to customize their Medicaid programs through the federal waiver process.

States have long had this power, but the Obama administration rejected any waivers with work requirements and only sparingly granted requests to tighten eligibility. Many of the states that used waivers tied provider payments to performance goals or expanded mental health and substance abuse services and eligibility, for instance. A few turned to waivers to implement alternative Medicaid expansion models that include charging premiums or enrolling recipients in private insurance and covering the premiums, for example.

Indiana, for example, broke new ground in 2015 by getting permission to levy premiums on some traditional Medicaid enrollees, such as very low-income parents, and to lock out expansion recipients above the poverty line for six months if they don't keep up with their payments.

But the Trump administration has taken a different approach. Seema Verma, who leads the Centers for Medicare & Medicaid Services, sent a letter to governors hours after she was confirmed in March asking them to file waivers that promote a path to self-sufficiency. At least 10 states have responded with waivers that include work requirements and a host of other provisions. Last week, CMS granted Kentucky's waiver to implement work requirements, marking the first time ever a state can mandate recipients work for their benefits.

Kentucky also can start charging its Medicaid enrollees monthly premiums ranging from $1 to $15, depending on income, and suspend some of those who fall behind on payments. The state will also provide recipients with a high-deductible health savings account, which it will fund, and offer incentives to purchase additional benefits, such as dental and vision coverage.

And the state can lock recipients out of the program for up to six months if they don't renew their paperwork on time or promptly report changes in income that could affect their eligibility -- the first time the federal government has granted such a request.

All told, Kentucky is expecting about 95,000 fewer people to be in its Medicaid program by the end of its five-year waiver period.

Kentucky joins Indiana, Michigan, Arizona, Montana and Iowa in gaining permission to charge premiums. However, states such as Maine and Wisconsin -- that didn't expand Medicaid -- are also looking to levy premiums on certain enrollees, primarily low-income parents or childless adults.

Wisconsin also wants to implement additional changes, including drug testing and a 48-month time limit, after which the recipient loses coverage for six months. Months during which the enrollee works or participates in training programs wouldn't count toward the limit. Utah, meanwhile, wants to impose a lifetime limit on coverage of 60 months. Arizona, Kansas and Maine also want to set caps on the length of time residents can be on Medicaid.

Other states want to reduce the income threshold for Medicaid expansion eligibility. Arkansas and Massachusetts have asked to cover adults only up to 100% of the poverty level, or roughly $24,600 for a family of four, rather than 138%, but the states would still get the enhanced federal match. Those who would fall off would be able to sign up for subsidized policies on the Obamacare exchanges, though consumer advocates say that coverage would be too pricey for most low-income Americans.

Each of these provisions is complicated and having to comply with multiple requirements could prove too much for some recipients, said MaryBeth Musumeci, an associate director at the Program on Medicaid and the Uninsured at the Kaiser Family Foundation.

"There's a very real risk that eligible people can lose coverage," she said.