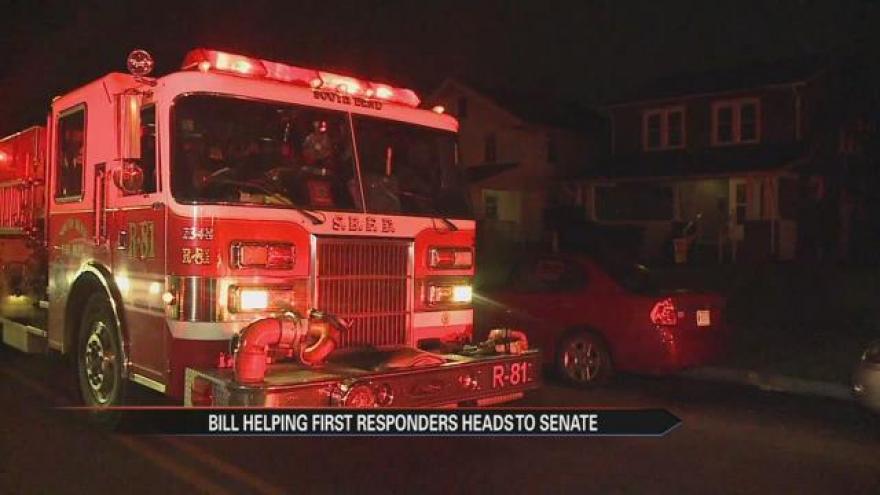 A bill that aims to protect first responders is making its way to the Senate. The idea for the legislation came from right here in Michiana.

The bill will provide confidentiality to first responders who are seeking help after experiencing a traumatic situation.

The law would ensure that these men and women will have open lines of communication during a difficult time.

With this bill, they will also be protected from the stress of possibly being called forward to testify any information disclosed when they seek help.

According to the state house, 30 other states have passed similar legislation.

Wesco’s legislation will move to the Senate for consideration.