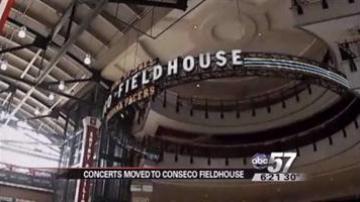 INDIANAPOLIS –- There will be no grandstand concerts at the Indiana State Fair next year.

On Thursday, the fair commission announced bigger concerts will be moved to the Conseco Fieldhouse in downtown Indianapolis.

Smaller concerts will still be held on the fairgrounds.

Officials are working to get a shuttle service up and running.

Back in August, seven people died and dozens more were injured at a Sugarland concert when high winds knocked over the temporary stage.