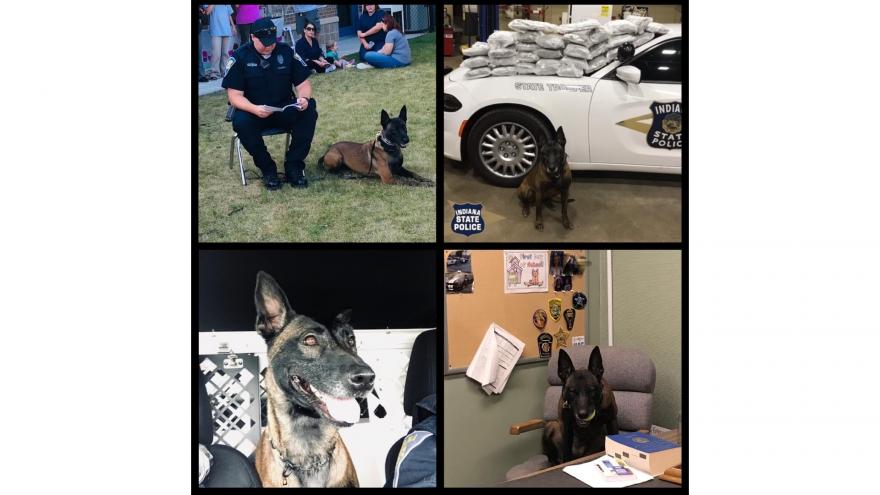 Indiana State Police K9, Nala, has passed away this morning after a short battle with an aggressive illness, according to Sgt. Ted Bohner’s Facebook and Twitter.

K9 Nala was introduced to ISP back in August of 2017. She worked alongside Trp. Kyle Glaze for the past four years.

In March of this year, Nala was able to help troopers seize 30 pounds of marijuana during a traffic stop. In the time of her service, she has assisted troopers to arrest suspects in drug and weapons charges.

Bohner stated, “Her energy and personality will be missed. Her time on patrol made a difference as she worked alongside Trp. Glaze.”