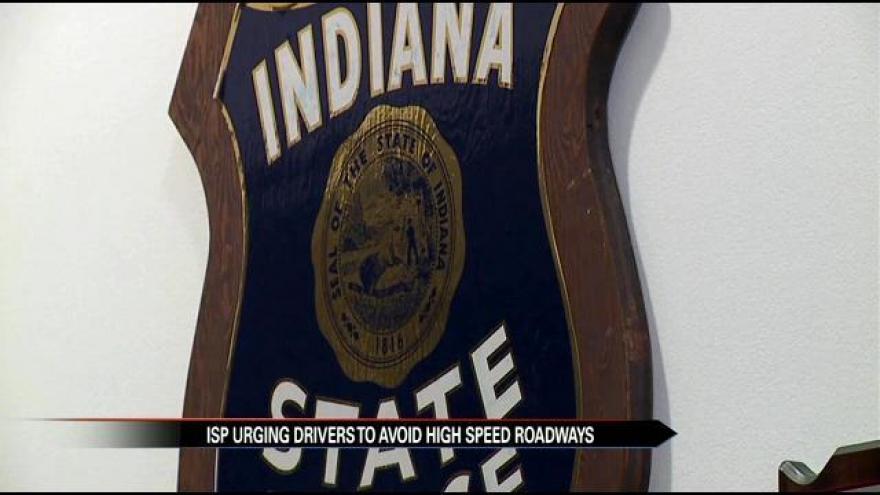 Indiana State Troopers are urging drivers to completely avoid high-speed roads because that's where white out conditions are most common.

Corporal Chase Overbeeke describes Thursday as a day with “lots of crashes.”

With heavy winds blowing and lots of snow still falling, he says there's no way drivers can win.

But folks can limit their losses by avoiding roads with high speed limits.

“It's a steady blow,” says Peter Hill, a driver out on the Toll Road.

For those in a gambling mood and decided to brave that blowing snow, they say the conditions were pretty good.

John Cappel and his brother Nick Robin were driving in to South Bend from Buffalo, New York. They call themselves Winter Warriors and leave drivers with this advice, “Take it slow, take your time, no job is so important to risk your safety over,” says Robin.

Corporal Overbeeke agrees. “Everybody is used to the snow, we can all drive in the snow. But when the wind gets up like that, you literally can't see.”

Overbeeke also says drivers who get stuck should leave their cars running because on average, a vehicle can run up to six hours on one tank of gas.

Also, download the ABC 57 Weather App for up to date weather information wherever you are.