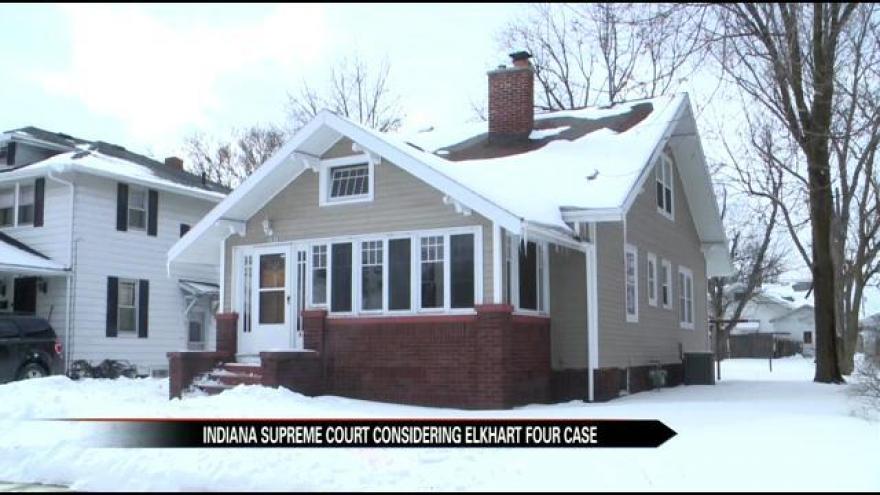 The Indiana Supreme Court heard arguments from an attorney for three of the "Elkhart Four" on Thursday.

In the process, Johnson was shot and killed by the homeowner.

Indiana law classifies felony murder as killing another human being while a felony is taking place.


Quiroz, Layman, Sharp and Sparks were charged with Johnson's murder.

Rodney Scott, the homeowner, was not charged.

Wieneke argued the defendants should not have been charged with felony murder because they could not reasonably forsee the consequences of their actions - that they would be charged with murder after their co-conspirator was killed by the homeowner.

She argued the young men targeted homes they thought were unoccupied to prevent any confrontation or violence.


"They went in unarmed. As soon as they realized there was someone home they took off," Wieneke said.

Prosecutor Ian McClean says that pulling a trigger isn't necessary to kill someone.

If the Indiana Supreme Court takes jurisdiction of the case, they will offer an opinion.