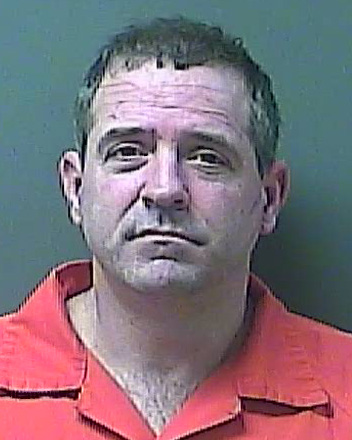 A man accused of killing his wife in 2012 can be tried on the charge of voluntary manslaughter despite prosecutorial misconduct, according to a decision by the Indiana Supreme Court.

John Larkin was charged with voluntary manslaughter in the death of his wife Stacy after she was shot and killed in their Long Beach home in December 2012.

The charge was later dismissed because a court found Larkin was denied a speedy trial and prosecutorial misconduct required the charges to be dismissed. The Indiana Supreme Court, in a unanimous opinion on June 27, 2018, disagreed and remanded the case for hearing or trial.

John Larkin called 911 in December 2012 after his wife was shot two times following a domestic disturbance. He was taken to the police station for questioning.

During his first interview with police, he requested an attorney, but police interrogated continued to interrogate him. Statements made during this interview were later suppressed.

Later, Larkin agreed to give a statement in exchange for a charge of voluntary manslaughter instead of murder. Chief Deputy Prosecutor Robert Neary, Larkin's counsel, the La Porte County Prosecutor, and a Long Beach Police officer were present for the interview. The interview room was monitored by an audio and video feed sent to a control room elsewhere in the police station.

After about an hour, the participants took an 11 minute break. During the break, Larkin and his attorney stayed in the interview room and discussed elements of the case, such as insurance, motivation and motive, possible charges, filing for divorce, the children, conditions of bond, the funeral, possible defenses, and the sequence of events on the evening of the shooting.

The prosecutor and Larkin's attorney assumed the LBPD officer turned off the recording during the break, but it was not turned off. It recorded the discussion between Larkin and his attorney.

Police and prosecutors viewed the recording and saw and heard the privileged discussion, according to court records. A court reporter transcribed the conversation and distributed it to the prosecutor's office.

In December 2013, the state told Larkin about the videotaped conversation with his attorney and that his privileged conversation had been heard. In March 2014, both parties stipulated the court must try Larkin within 90 days of November 5, 2014.

In July 2014, Larkin filed a motion to dismiss the charges citing police and prosecutorial misconduct, moved to disqualify the La Porte County Prosecutor and requested a special prosecutor.

Larkin filed another motion in September 2014, alleging the state's lead detective tried to obstruct justice by having another officer change his statement in this case, reports said.

In October 2014, the trial court denied Larkins' motions but suppressed statements made by Larkin after he requested counsel and the recorded conversation between Larkin and his attorney.

At Larkin's request, the court stayed the proceedings pending an interlocutory appeal regarding his motion to disqualify the prosecutor's office. The motion was dismissed in September 2015 as moot because a new prosecutor had been elected.

Before the decision was certified, the state appointed a special prosecutor and a judge was appointed. Larkin asked the judge to recuse himself - and to keep the case moving forward, he agreed.

Four other judges in the count recused themselves or declined the appointment.

In May 2016, Larkin filed a motion for discharge and the voluntary manslaughter charge was dismissed pursuant to Criminal Rule 4 (C) which says, "A defendant may not be held to answer a criminal charge for greater than one year, unless the delay is caused by the defendant, emergency, or court congestion."

The court ruled Larkin's charge should not have been dismissed because the trial date was delayed as a result of the defendant's interlocutory appeal and motion for a change of judge. He had agreed to a June 2016 trial date in May before the 4(C) period expired.

The court also ruled on the issue whether his charge should be dismissed due to prosecutorial misconduct. The court found outright dismissal was not the proper remedy in this case.

An appropriate remedy for the misconduct is suppression of the tainted evidence, the court stated. Larkin's statements before he was provided an attorney and his statements to his attorney that were recorded have already been suppressed.

A trial court will need to determine whether officer testimony should be suppressed and whether the safe can be used as evidence, the court stated in its decision.

However, the court cited Larkin's 911 call, a physical description of the shooting scene, pathologist testimony and Larkin’s statement to police as evidence that might be used at trial.

To proceed in this case, the trial court can either hold the hearing on the tainted evidence, or the case can proceed to trial.