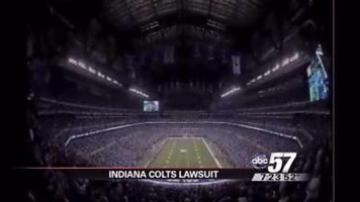 INDIANAPOLIS, Ind. -- As if the season wasn't already bad enough for the Indianapolis Colts, the team is now also facing a lawsuit.

ABC57 found the lawsuit while going through court documents today. It says the team violated the Fair Labors Standards Act by not paying part-time stadium hosts and hostesses minimum wage.

The suit claims those workers are paid in cash and they were paid just $40 for an 8-hour day. The suit also claims the team does not qualify for any exemption to the act.