Indianapolis gets letter about Olympic interest 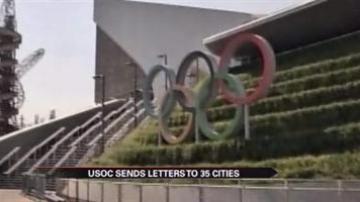 INDIANAPOLIS — Indianapolis was one of more than three dozen cities to receive a letter for the United States Olympic Committee about possible interest in hosting the 2024 Summer Olympic Games.

According to the Associated Press, the Olympic committee sent the letter to the cities to see if they are interested in the 2024 games.

Detroit also received a letter about their interest in the hosting the games.

The AP also reported that there is no guarantee that the United States will make a bid for the games.

An announcement will be made in 2017.