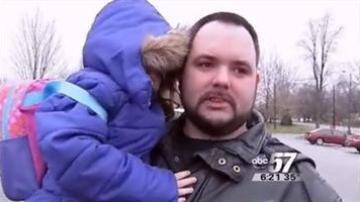 INDIANAPOLIS -- On Monday, students in Indianapolis got an extended holiday break, thanks to some vandals!

As a result, classes were canceled on Monday.

Investigators think the vandalism happened over the weekend, but it was not discovered until Monday morning.

The superintendent was outraged.

"I am furious! This is not only cheating these children out of an important day of school, but for 68-percent of our children, it cheats them of their basis for nutrition for the day!" said Peggy Hinckley, the Warren Township Superintendent.

Parents were just as upset.

"I think that is a little ridiculous!  It makes me feel bad that someone is that hard up for money that they had to steal from kids," said Noah Smith.

The superientendent says classes could also be cancelled on Tuesday.